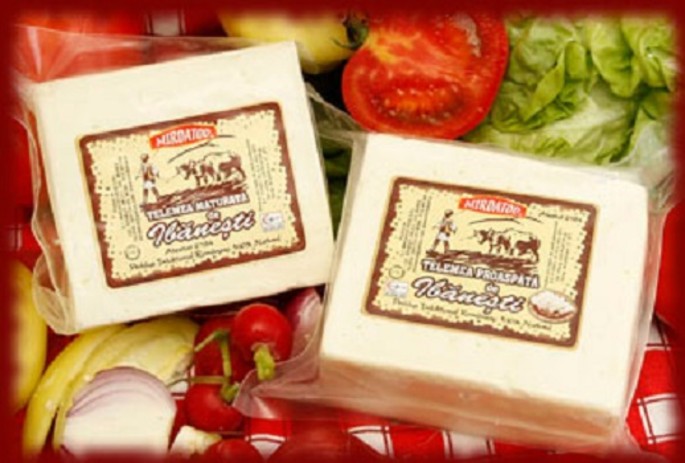 With recognition from the European Union which took place in the early months of 2015, Romania is gaining a worldwide appreciation of a product of a high quality dairy industry: Telemea de ​​Ibăneşti. It's the first Romanian cheese with protected designation of origin (D.O.P.) protected by the European Union, which will open the way for other traditional Romanian products.

The "Telemea de Ibăneşti" cheese is produced in Ibăneşti, Mures County, through an acid coagulation of milk from cows reared in Gurghiului Valley. The uniqueness of the product is given from the feeding of the animals, but also from the water used for the brine. They use a brine from a salt water well of Orşova, in Mures county, and since it has a high calcium and magnesium content is ideal for cheese brine. The cheese-making technique follows the rules of the past, as well as the tools used. The ripening period of the cheese is an important step which concludes the manufacturing process and runs at least 20 days.

After the success of the salami of Sibiu, declared as a protected geographical indication product (PGI) by the European Commission, and the Topoloveni plum jam, product declared IGP in 2011, the recognition of Telemea of ​​Ibăneşti is an important step not only for the company or for the county of Mures, but for the entire market of the Romanian food.

The Romanian market is constantly growing and according to some statistics appears to have the highest growth potential in the European organic industry.