The ensemble of the former Cistercian monastery in Cârţa, Sibiu County, is the most eastern abbey of the order and one of the most important architectural monuments in the region 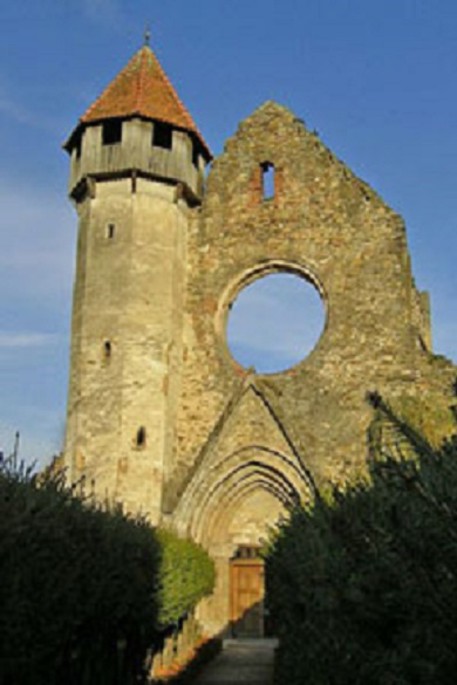 The Cistercians are a monk order which originated in France and spread into several countries. The periplus of the Order through Europe brought them to the ​​Sibiu region, where, around 1202, they founded a monastery. Obviously, construction works at the site evolved slowly, with the whole monastery being completed after around one hundred years. After another century the abbey was evacuated at the command of King Matthias Corvinus who ordered the abolition of the monastery.

Since then, the whole assembly has undergone a gradual process of erosion and destruction caused by the mere passage of time, on the one hand, and the various invasions which it was subjected to, on the other. However, the ruins have managed to retain the imposing nature of the ensemble, and the church is still standing mostly due to an act of restoration carried out in the between 1913-1914 which mainly focused on the choir of the church. Here, a functional chapel still exists, where today services for the evangelical community in the area are still taking place.

In addition to the title of the easternmost Cistercian monastery, the Cârta abbey has merit of marking the beginnings of medieval architecture in the region of Făgaraș and to some extent in Transylvania as a whole. Although it has much to offer, the abbey remains quite isolated, especially since the village of Cârţa, in the vicinity of which lies, has only a few hundred inhabitants, with the population being in constant decline. Maybe this is the reason why the monastery's touristic importance has fallen into a shadow and the involvement of authorities in the area has been limited. However, the monastery is included in the national tourist circuit, visiting it costing less than 1 euro.