Eugene Ionesco and success of the play “La Cantatrice Chauve”

The Romanian-French playwright of the absurd theatre Eugene Ionesco, or, in Romanian, Eugen Ionescu is one of the most famous Romanian playwrights. However there is some controversy over whether it is correct to call him a Romanian playwright since all of his plays were written in French. Nonetheless, he is of Romanian origin.

Ionesco was born on November 26, 1909 in the Romanian city of Slatina and died on March 28, 1994 in Paris. His father was also called Eugen Ionescu and was Romanian, while his mother was named Marie-Therese and had French citizenship. His first contact with France was at the tender age of four, when he would go there with his family and remain until 1924. 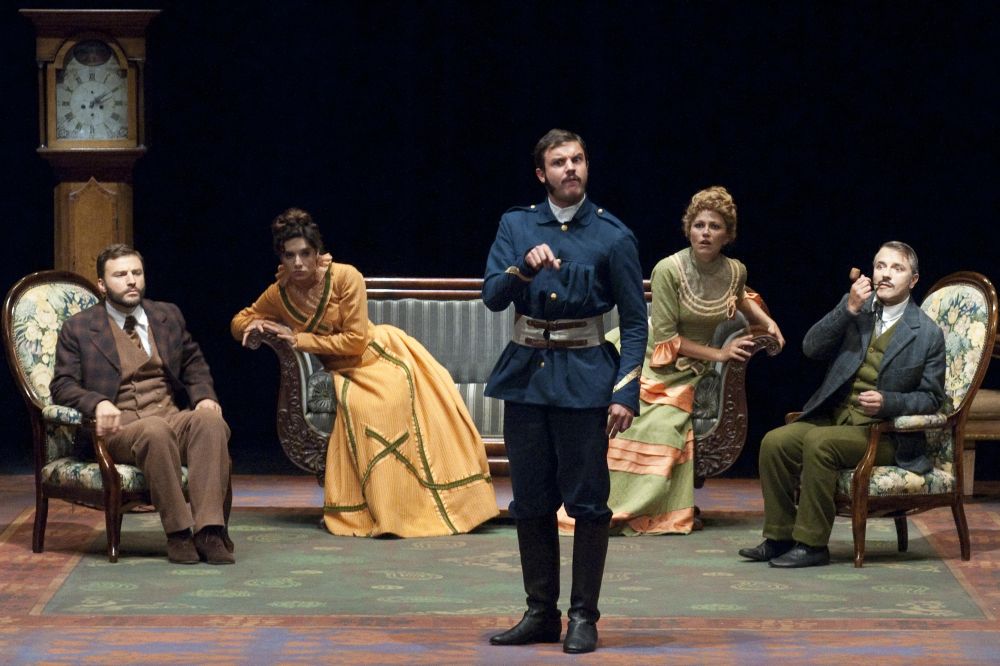 His parents split up unfortunately, and his father got the custody of the young Eugen and his sister. The siblings would have a hard time in their new family, often enduring verbal and physical abuse. This unfortunate experience would leave its mark on the Ionesco’s literary writings.

He made his official debut with the poetry volume entitled “Elegii pentru fiinţe mici”, although he had published other poems critical essays in various magazines. Of his Romanian works, the most notable ones are the critical essays, which were published in a volume called “Nu”!

Ionesco studied at the Faculty of Letters in Bucharest and then became a French teacher in Cernavodă. In 1936, he married Rodica Burileanu and in 1938, he went to Paris on a fellowship.

His first play was “La Cantatrice Chauve”, which was performed on May 11, 1950 at a small theatre called Théatre de la Huchette. At first, it was poorly received by both the public and the critics, but it would gain great popularity after a few French literary experts wrote appraisingly about it. The author had a very prolific period after that, writing and publishing a new play every year. Other famous plays are “Jacques ou la soumission”, “La Leçon”, “Les Salutions”, “Les Chaises”, “La Soif et la faim”, “Jeux de massacre” and many others.

He also won many prizes throughout his career, like the Society of Authors Theatre Prize in 1966, the Austrian State Prize for European Literature in 1970, or the Grand Prix National for theatre in 1969.

Have a blessed and meaningful Easter!

Happy Easter! Have a Blessed and Joyfull Easter!