Built on a terrace, 60 meters above the River Someş, and to the North of the city center, the Fortress is a wonderful place to get a panoramic view of Cluj-Napoca 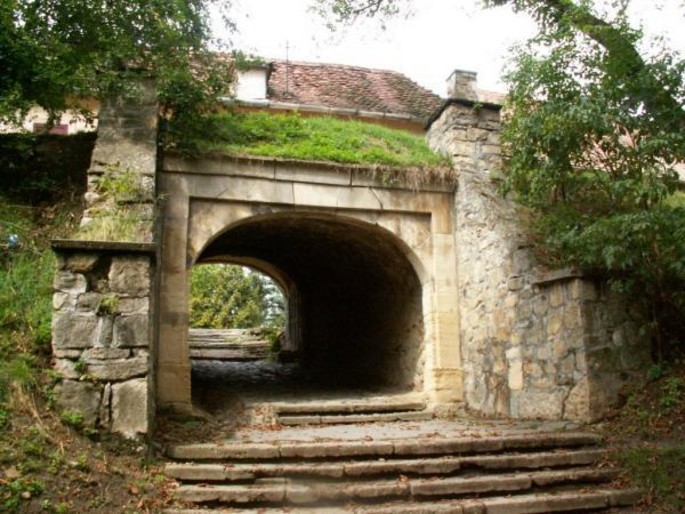 In 1687, The Treaty of Blaj was signed, whereby the Habsburgs compelled 12 Transylvanian cities to receive troops for the winter. This was the beginning of the Austrian incursion in Transylvania. Upon occupation, the troops ascertained that the medieval fortifications were outdated and that they lacked proper accommodation.

As a result, it was decided that an entrenchment would be built on the eponymous hill – a strategic location due to its overlooking the old city center. The construction of the edifice began in the year 1715 and ended around the year 1735. The project of this first Habsburg citadel built in Transylvania was made by the Italian military engineer Giovanni Morando Visconti (1652-1717).

It is a Vauban fortress, situated at an altitude of 405 meters, and displays the classical features of this type of construction: slanting walls, strongholds, trenches and a redoubt. The elevations of the ground around it protected the administrative buildings and the armory.

The entrance to the fortress from the city center is through The Water Gate (Wasser Thor), located on the eastern side. Two buttresses were built in its proximity to enhance the defense system. The edifice can also be accessed through The Viennese Gate (Wiener Thor), which was the main entrance back in the day. There are also two strongholds to the North and North-East.

The fortress was used as a prison for 200 years and many people were incarcerated and killed here. One of them was the Saxon preacher Stephan Ludwig Roth, executed on May 11th 1849. Roth was an important figure of the 1848 Romanian Revolution. He was a humanist, a historian and a teacher who supported the idea that Romanian should become the official language in Transylvania.

Today only part of the old fortress still stands: four buildings, parts of the walls and the redoubt, which has become the Tower of Parachute Jumpers. The components that used to be located on the Southern side were taken down when The Belvedere Hotel was built in the '70s. In 1995, an iron cross was placed here in the memory of those who were imprisoned and killed in the former prison.

View of Cluj Napoca from The Fortress