Zamfira Monastery – a church on the valley of Teleajan and the saga of a unique painting, a mural by NicolaeGrigorescu 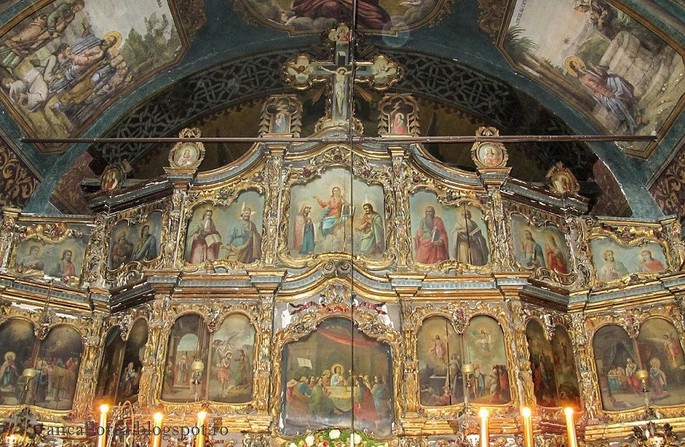 On the road to Cheia, near Ploiesti, somewhere on the left bank of the Teleajen River, Zamfira Monastery is located – a piece of heaven, an oasis of tranquility, introspection and reverence. Here, we find the only church in the country that has the only mural made by the famous Romanian painter, Nicolae Grigorescu.

The writings of the first church erected here tell us about the beginnings of the monastic settlement, dated between 1721 and 1743, by the ruler Nicolae Mavrocordat at the request of Zamfira Apostoli, the widow of Manoil Apostoli, a rich merchant of the era and a man trusted by Constantin Brancoveanu, who was killed by the Ottomans.

In the middle of the 19th century, during the time of Metropolitan Nifon, a new church is erected as well as several monastery cells and the old church, ruined by the earthquakes of 1802 and 1838 is rebuilt. A unique church, a mural of great artistic and spiritual value In only two years (1856-1857), the painter Nicolae Grigorescu of only 18 years old, helped by his brother Gheorghe Grigorescu finishes the entire mural of the large church, painting in oil the iconostasis and an epitaph.

Although in 1904 the Metropolitan Ghenadie Petrescu orders the covering of the mural by another painting in tempera (by TomaVintilescu), in 1950 after washing the tempera, the great work of Grigorescu sees again the light of the day. This painting was subject to many restorations, the last and the most important one was carried out between 1986 and 1989 by the restaurateur painter Chiriac Ion who removed all the portions covering the original painting of Grigorescu.

The saints depicted by the great painter seem simple people, peasants, commoners with warm, sharp or tearful gazes; simple people, transformed into saints, with faces transfigured by the faith that was coming from their hearts.

The church is a genuine architectural jewelry with a huge spiritual value but also an artistic value which deserves to be visited and appreciated.