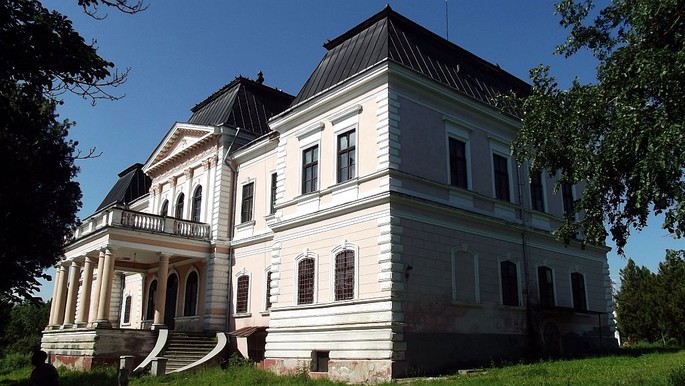 In the 900s, with the Hungarian invasion upon Romanian territory, many noble families were given estates in Transylvania with the purpose of populating and defending the area. Traces of those times can still be seen today through the various castles that have stood the test of time.

One of the most famous and prosperous noble families that inhabited Transylvania in the past are the Banffys. Their history begins in the 9th century, Hungary, with Tomaj, a Petcheneg lord. The first to rise to glory and amass a fortune was Dennis Banffy (c.1190-1241), who fulfilled the position of governor of Transylvania. The descendants that followed received land in Transylvania and built many residences here. One of the oldest is the Banffy Castle in Bonchida, Cluj County, which dates from 1437. Another one, built around the same time (1439), is the Wass-Banffy Castle in Gilau, Cluj County. Baron Dennis Banffy acquired it in the year 1663 and strengthened its fortifications. But it had a long and glorious history before then.

In the beginning, it was a citadel, built at the order of Bishop Gheorghe Lepeş. Then, it would be transformed into a Renaissance castle in the year 1500. Among its noble line of proprietors is Michael the Brave, who was Prince of Wallachia (1593-1601), of Transylvania (1599-1600) and of Moldavia (1600) and the first to unite the three principalities that constitute the territory of present-day Romania. In the 1960s, it was nationalized and has been in the possession of the Romanian state ever since.

Another castle owned by this historic family is the Banffy Castle in Rascruci. The Hungarian noblemen gained ownership of the land in Rascruci in the year 1405, but the precise date of the castle’s construction is not known. It is believed to have been in the 18th century because Baron György Bánffy (1739–1805) and his wife, Zsuzsanna Wesselényi (1743–1800), lived here during the second half of the century. But the family lived on this land even before the existence of the castle, as they used to own a summer residence here. The estate used to have a lake and a columbarium fashioned in the Japanese style, but they don't exist anymore. Between the years 1847 and 1887, the castle was owned by Adam Banffy, a patron of the arts, and later on, by his son, Albert Banffy. The latter resided here until 1945 when the building was nationalized.

The Banffy Castle in Rascruci has an immense historic value due to the ecclecticism of its style. The castle’s pavilion bears characteristics of the Roman style. The terrace displays Doric details in the shape of the columns that protect it. And finally, there are Rennaiscence elements in the castle's salon, which is built extensively from wood.