Guests of honor at the event were the writers Felician Pop and Robert Laszlo, who presented the book ''The history of grappa", a real benchmark among connoisseurs of the sector. 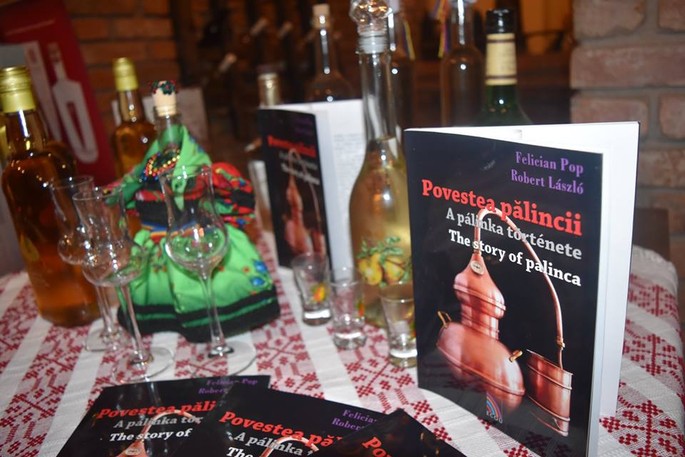 Friday, January 29, 2016, at a restaurant in the center of Cluj Napoca was held a presentation about distilled traditional drinks from the northwest of Romania. There were many brandy companies that produce the highest quality, and from Satu Mare County were present two such firms.

Guests of honor at the event were the writers Felician Pop and Robert Laszlo, who presented the book ''The story of palinca", a real benchmark among connoisseurs of the sector. In front of a highly interested assistance, the authors talked about the history of the traditional "palinca" and brought rigorous argument in favor of that grappa of Satu Mare county, considered to be not only the best in the country, but also of all the world.

Those present had the opportunity to express their opinion after an elaborate tasting of plums, grapes, pears, quinces, pears, crab and wild rose based grappa, produced in the area of ​​Satu Mare.

Specialists widely praised the book, appreciating the author’s efforts to promote a Romanian traditional product, especially since the volume has a version in Hungarian and English.

The organizer of the event was Casian Popa, a master of high class meetings, and the launch was attended by Nadia Fărcaş, the director of the publishing house "Ecou Transilvan" who printed the book.

Many people were present from the entire northwest of Romania, manufacturers, experts, tasters and many lovers of traditional elite products.

After tasting all varieties of spirits of the area of ​​Satu Mare, those present were able to find out that today, Satu Mare sets the tone in promoting the traditional brandy. It even has a Festival of Palinca, and that the experience accumulated by local producers it should be shared with producers of grappa from neighboring counties, in order that this excellent traditional product to be promoted throughout the country, and especially internationally.