One of the most spectacular buildings in the city of Sibiu that used to be the lavish residence of a baron. The decorations were as if they had come from a fairy tale

Brukenthal Palace is one of the most important Baroque edifices in Romania, having been built between the years 1778 and 1788 by Baron Samuel von Brukenthal. The baron built it after becoming governor of Transylvania, to serve as his official residence and to house his vast art collection. He was inspired by Viennese palaces built in the late Baroque style, as he had spent a lot of time in the Austrian capital.

The palace is located in the Big Square in the city of Sibiu, on the west side, and its main façade is more protruding than the other buildings in the square, because it was built at a later time.

Unlike other palaces built in open spaces, Brukenthal Palace had to be restricted to the two slots that were reserved for it. These slots had been occupied by two medieval houses before being torn down to make way for the new construction. One of them was inherited by the baron’s wife from her father, Kloknern, and the other had belonged to senator Offner, whom Brukenthal bought it from. 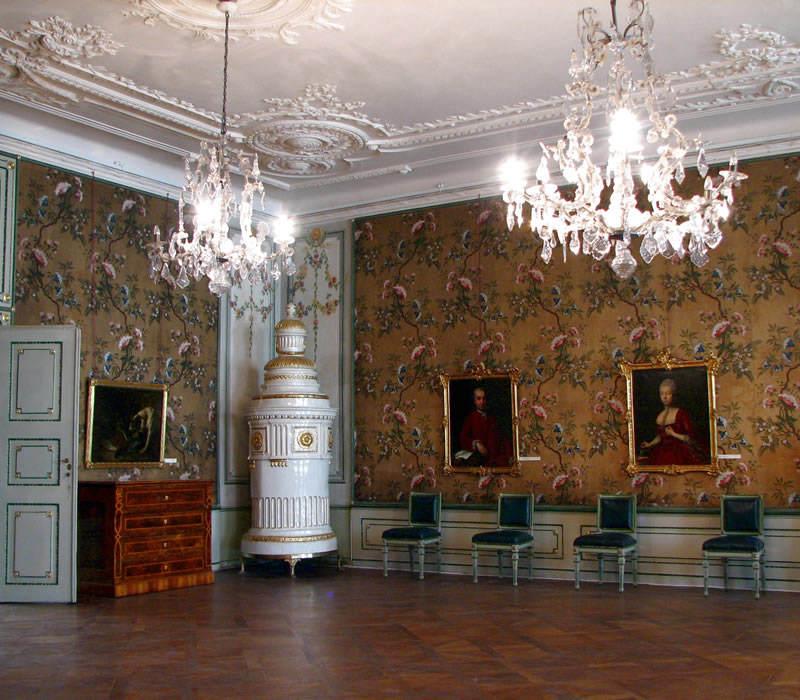 The palace has a courtyard inside. On the first floor, there were the most important rooms, like the sitting room, the guest rooms and the cabinets. Also on the first floor was Brukenthal’s bedroom and the guest bedrooms. The second floor was reserved for the art collections and a library. 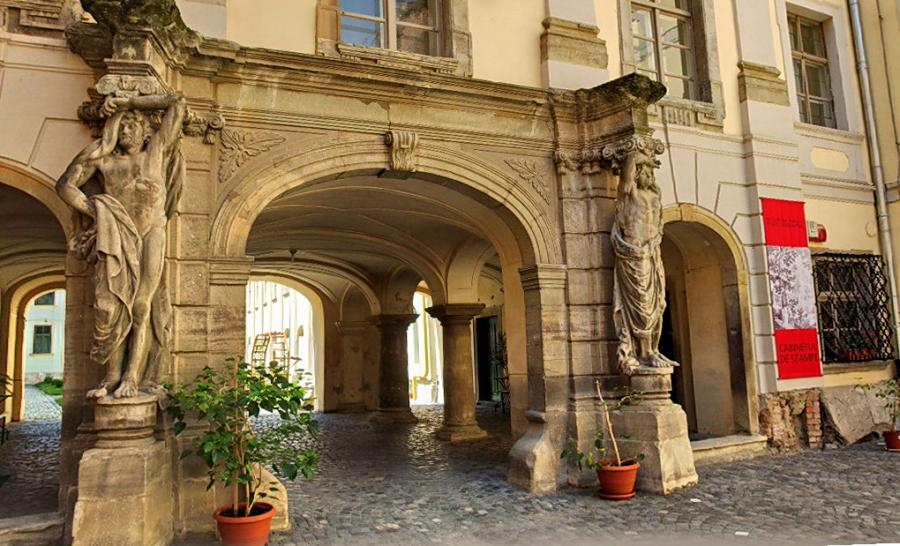 The ground floor contains many baroque elements, like urns, rosettes and festoons. We also find the Brukenthal family coat of arms on this floor and the symbols of the arts, of painting and music – the owl, Minerva’s shield with Gorgona’s face and a painter’s palette.

The people who are credited with creating this imposing building are the sculptor Simon Hoffmeyer, the mason Anton Hertzum and the builder Franz Burger.