Discover one of the most delicious recipes from the area of Crişana, a historic region in the north-west of Romania 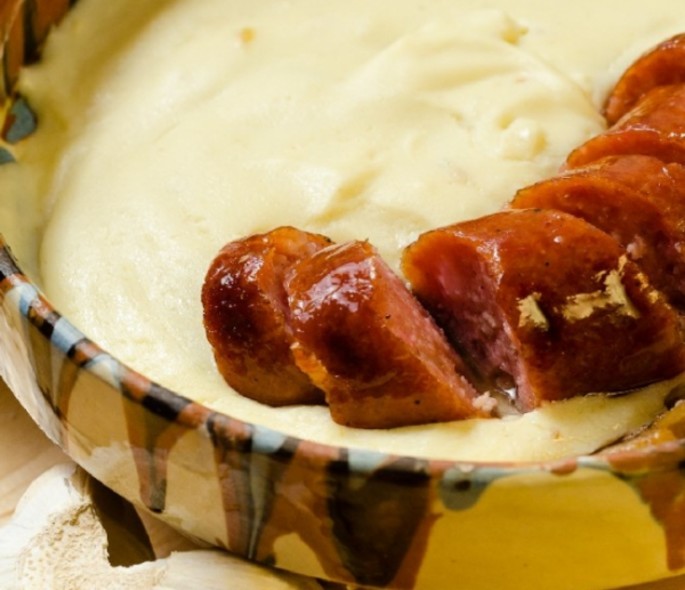 If you are running low of ideas of what to cook for dinner, why not try this traditional Romanian dish from the area called Crişana, named pipăraică. Crişana is a region in north-west Romania that is now divided between Romania and Hungary and its name comes from the river Criş. It was divided in 1920. It spreads between the River Tisa in the west, the River Mureş in the south, the Apuseni Mountains in the east and and the River Someş in the north. This recipe is cooked in the villages in the area of Pădurea Craiului Mountains, Bihor county.

For this recipe, you will need the following: a head of garlic, oil, sour cream, Gold Maya flour and sweet yoghurt and it is served with fresh bread and some fried bacon or fried sausages. You start by finely chopping or crushing the garlic in a mortar and pestle. You put it in some heated oil, take the pot off the heat, stir it quickly and put some sour cream over it. Then, you put the pot back on the heat and when the cream starts to boil, you pour in a mixture of 4 tablespoons of flour and water or with some sweet yoghurt. You keep stirring until the paste thickens.

You serve it with some bread and some fried bacon or a fried sausage.

One of the secrets of the chef to make this dish truly delicious is that the blend of flour and sweet yoghurt needs to be very liquid and has to be mixed well so that it is not lumpy.

Crişana is unique through its mixture of architecture and of culture that was the result of Romanians living here alongside Swabs, Serbians and Hungarians. The Habsburg rule, that lasted until 1918 introduced Art Nouveau architecture in this area. That is why the cities of Crişana are spectacular.

The Pădurea Craiului Mountains represent the north-west part of the Apuseni Mountains, in the Western Carpathians. The highest peak is Hodrâncuşa, 1027 m high. These mountains offer spledid sceneries and rich opportunities for trekking and visiting.