Soveja resort - "Pearl of Vrancea", a healing place surrounded by mountains and pine and fir forests that purify and enrich with ozone the air 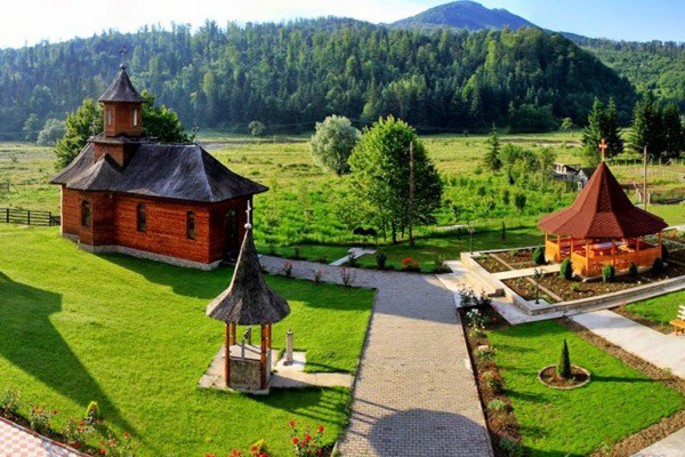 ­Soveja resort, recognized as one of the most ozone-rich places in Europe, is located at the foot of the Vrancea Mountains, at an altitude of 600 meters.

The commune is attested around 1645, the year in which Matei Basarab founded the Soveja Monastery in this place. It is said that the first inhabitants came from the Argeș area, from Rucăr and Dragoslave, as they were running away from servitude. Thus, about 50 families settled here, who founded the two villages: Rucăreni and Dragosloveni.

The wonderful clear rivers, as you rarely can find - Șusiţa, Dragomira, Chilugul, Chiulicea - cross meadows full of beneficial plants and corners of fir forests, enriching in ozone the air and healing respiratory diseases.

Around 1870, a fabric and cloth merchant from Focsani was advised to do an ozone air therapy in Soveja during the summer, to cure his lung disease. After this merchant was healed, the rumour spread throughout the land, and the number of those who came to do therapy with the ozone air has considerably increased.

Over time, hotels and camps for children were built here, with Soveja becoming a true mountain resort. In addition to the therapeutic air and the fabulous scenery, the area offers also other tourist attractions.

The local Heroes' Mausoleum, built in 1929, contains the remains of over 11000 Romanian, German and Hungarian soldiers who fell in the First World War. The mausoleum was classified as a historical monument.

The locals, keepers of traditions and customs, welcoming and hppy to receive guests, managed to create an Ethnographic Museum. To the southeast of Dragosloveni, there is an archaeological site, with relics of Neolithic and Bronze Age and Geto-Dacian settlements.

If you decide to spend a few days in Soveja, you must also visit the Soveja Hermitage - which has become an architectural monument, the "General Artur Văitoianu" Bridge - at the foot of the Vrancea Mountains, and the spring called Şipotul lui Bucur on Răchitaşului Hill.