Located in the area of the University, the palace hosts from 1956 the Museum of Bucharest Municipality – an area in which the history of the city unveils for the visitors 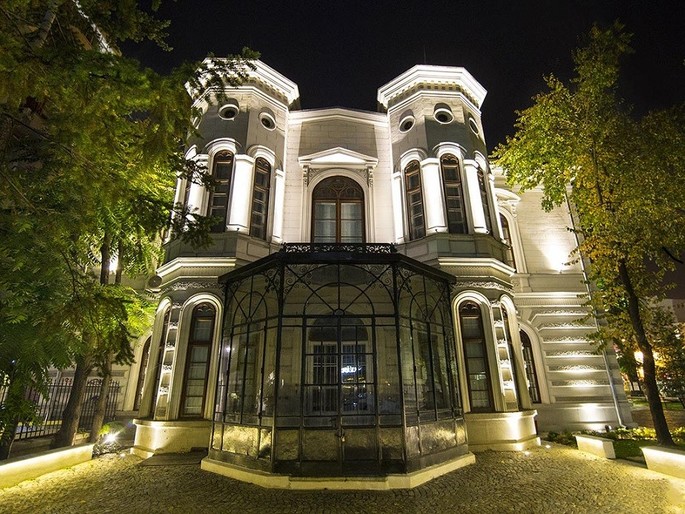 The building, which was meant to be a residence, was erected between 1833 and 1835 at the wish of the Postelnic Costache Grigore Sutu. The Viennese architects Johann Veit and Conrad Schwinck designed the architectural plans in a neo-Gothic style.

The outside of the building, which stands out due to the four small towers (two on each side), has elegance leaving the visitors impressed not by grandeur but by simplicity.

On the front walls of the stairs there is a superb mirror of Murano of impressive dimensions (over 10 square meters). We should also mention the brass candelabrum with 24 lampstands. Above the mirror, there is a beautiful medallion sculpted in wood.

The hallway at the end of the stairs, very rich in decorations, bears the mark of the famous sculptor Karl Stork.

The period of maximum brilliance of the palace is in the second part of the 19th century. Here, fancy balls were held.

The season of Bucharest balls opened at the Sutu Palace in February. Grigore Sutu, together with his wife Irina, took care that the residence maintained its aristocratic brilliance. They added the elegant awning of the entrance.

From 1959, the Sutu Palace becomes the history museum of Bucharest bearing the name the Museum of Bucharest Municipality. Over 400.000 exhibits make up the history of Bucharest from Paleolithic till modern times. The archeology room has objects discovered on the territory of the city: Paleolithic tools, pots of Tei, Glina or Gumelnita cultures, a helmet from the 4th century discovered in Budesti and other objects of the Daco-Getic period and the Middle Ages. One of the rooms takes us in the past to the ballrooms of Bucharest, attempting to create the atmosphere of the glorious times of the palace when it was owned by the Sutu family. The trip continues with the interwar and postwar period of the city until modern times.