A touristic village since 1968, Şirnea is a place where the traditions are part of the daily routine,while the locals are happy to keep them alive and share them with those who come and visit 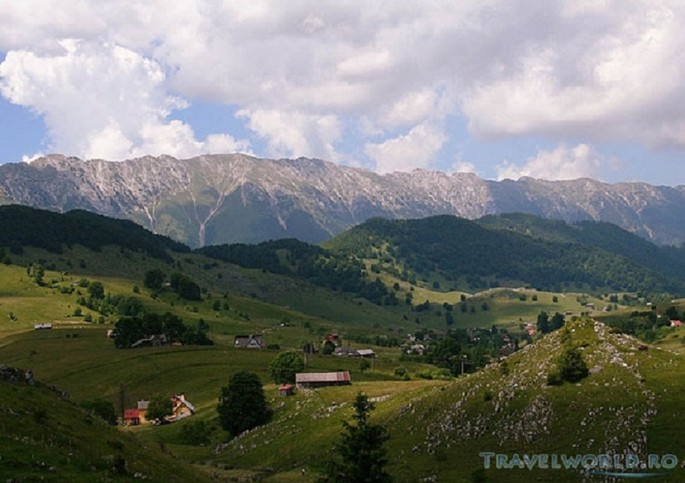 The first thing that strikes you when you step into Şirnea is the scenery. Situated at an altitude of 1244 meters, at the foot of the Piatra Craiului Mountains, the village seems to be detached from a dragon movie or from a documentary on Discovery. Afterwards, tourists are generally captured by the atmosphere of the place, totally different from the modern daily routine, an atmosphere well maintained by the locals, who have the experience of almost 5 decades of rural tourism.

Basically, they have fully assimilated the role of cultural successors, a role which they further pass down to younger generations, thus ensuring the development of their community and, implicitly, the preservation of their local heritage.

Since the 60's, the village is famous for its rural museum, but also for its nocturnal ski slope, the first of its kind in Romania. Both attractions are still accessible to this day, being supplemented by a whole arsenal of activities and ceremonies that have become more or less famous over time. Of these, worth mentioning are the Olympic Days, organized each year in June. Within them, pupils across the country compete in sports, participate in a camp where they are taught about the Olympic spirit, while adults are also invited to compete in a 42-kilometer bicycle race.

The Night of Fairies is another ceremony that has become customary in Sirnea. Here, tourists are invited to collect flowers from the hills in the area and participate in a ritual designed to give flowers magical powers. The Milk Measure is a traditional celebration where all the cows in the village are milked and tourists are served with dairy products, are invited to participate in traditional dances and to learn pastoral games.

Finally Semedru’s Fire is a celebration dedicated to autumn, when tourists are served products specific to the period, and in the evening the villagers gather around a large fire, maintained by the youngsters in the village. The remaining charcoal is taken home by the villagers and buried in the garden to fertilize the vegetables and fruits that are to be planted.