According to a study published by the Carbon Disclosure Project (CDP), Alba Iulia has been included in the select ranking of the slightly above 100 cities in the world that use more than 70% of their energy from renewable sources 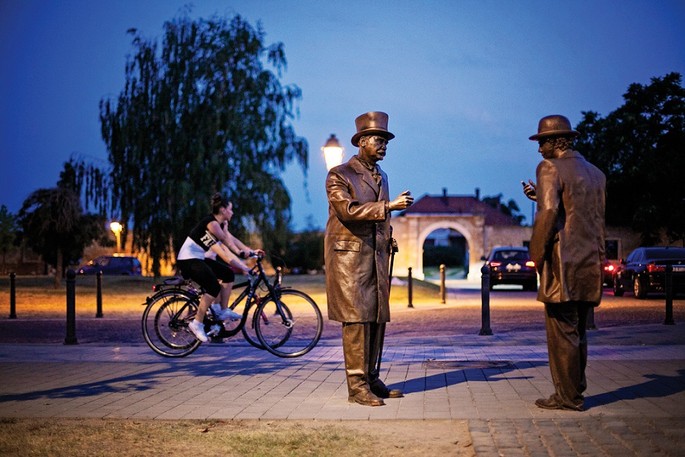 The impact of human activities on the environment is an increasingly debated topic at a global level, while the concern for planet Earth has become a trend that attracts an increasing number of supporters. Thus, there are a series of initiatives that promote and reward the care of communities, of companies and of states in general, for the environment.

The Carbon Disclosure Project is such an initiative aimed at presenting the public with examples of sustainability, undertaken on one of the above-mentioned levels: company, city, state or even region. As far as cities are concerned, the headline is of course given to those settlements that produce 100% of their energy from renewable sources. From this point of view, Brazil stands out, with no less than half of the country's major cities producing their electricity on account of hydropower plants. In Europe, the cities in the northern part of the continent seem to be the most sustainable, with a possible plus for Iceland, where the vast majority of cities are ecological.

With not less than 99% of the electricity obtained from renewable sources, Alba Iulia occupies a more than honorable place in the ranking, being situated in the upper half of the list. The secret of this accomplishment is also due hydropower plants that provide not less than 96% of the city's energy. The remaining 4 percent is generated by wind energy (1%), solar energy (2%) and only 1% from natural gas.

The municipality, which is also an important touristic center, has set out to extend as much as possible its sustainable energy grid, starting a few years ago with a project focused on solar energy, whereby the vast majority of public institutions were equipped with photovoltaic panels. There is also a project currently underway aimed at supplying the city's thermal energy through non-fossil fuels. All of these initiatives are comprised in a specially designed long-term action plan for sustainable energy (PAED) to turn Alba Iulia into a landmark of sustainability in the region. The city’s inclusion in the CDP ranking proves that the plan and its complementary initiatives have so far been successful.

Mavenhut - Solitaire on another level
Read the latest Business