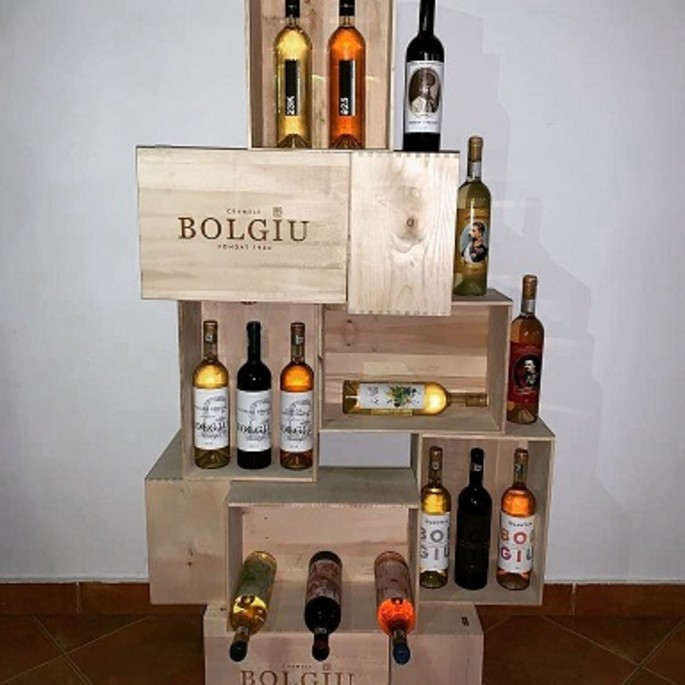 The Bolgiu family grow the vine from Urlați during four generations. The first generation of wine growers was that of Nicolae C. Bolgiu, whose initials have been inscribed since 1934 on the stone frontispiece from the cellar entrance. During the interwar period he was one of the most important wine growers form Urlați, together with the Basilescu family and the Țigănescu family. The generation of wine growers Nicolae N. Bolgiu has enjoyed the appreciation from the communist regime because of the studies carried out at the Viticulture School from Chisinau. Valeriu Bolgiu brings the French model to Casa Bolgiu and the start of the bakery business and Stefan Bolgiu passionately pursues the family business in both the winemaking and the bakery business.

A range of very special wines is: Beciul Popii (Priest’s Cellar), created by Costin Bolgiu and dedicated to the memory of his grandfather, priest, prematurely dead because of the Stalinist persecution. Vinul Popii (Priest’s Wine), Pielea Cucoanei (Lady’s Skin) and Fata Popii (Priest’s Daughter) are three special wines, each with its own story. The Bessarabian priest and writer Sevatie Bashovoi created the story of these wines, following a wine tasting at Casa Bolgiu Winery. The wine is produced in limited editions and its taste is perfect in oak barrels brought from France.

Discover the Romania of the passionate and working people in a glass of Casa Bolgiu wine in which the history and these picturesque lands dwell.