The beauty of the nature, the temperate climate and the multitude of tourist attractions are the characteristics that should place Oltenia in the top of the holiday destinations in Romania list 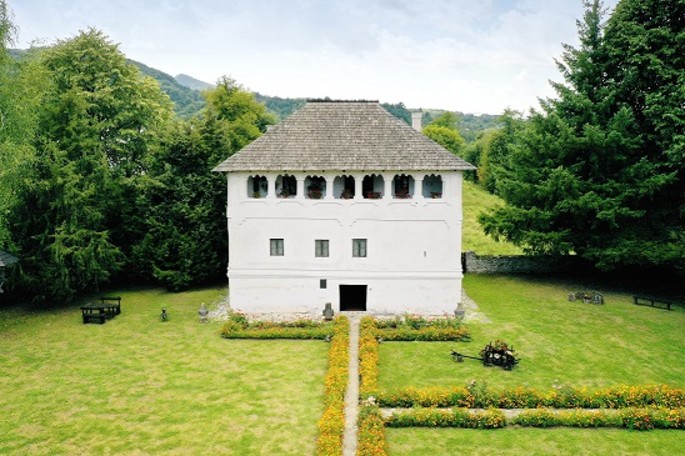 Oltenia is considered one of the richest regions when it comes to spa resorts, historical and religious vestiges. Any vacation in this area of the country should focus on exploring the beautiful rural areas, with peasant houses built from wood, real works of art of popular architecture.

The kulas from Măldărești or, in other words, the Măldărești Museum Complex are special monuments of the Romanian architecture, fortified buildings made by peasants. Although in Europe this type of buildings are quite widespread, in Romania they are found only in Oltenia and West Muntenia, being characteristics of the Balkan area. In Măldărești we can find: the Greceanu kula, the Duca kula, the Memorial House of I.G. Duca and a church built in 1792, registered in the cultural heritage as a historical monument. Further details about these homes can be found at https://culeinlumina.ro/. The website is a project to recognize the historical role that the kulas have had for the cultural and social development of the communities from the north of the Danube, launched by the CEZ Group in Romania, in partnership with the researchers from the National Heritage Institute. The "Kulas brought to light" project presents the last witnesses of this architectural program, so richly represented in ancient times in the historical provinces of the south of the country.

The table of silence, worked in limestone, represents the dinner before the battle, in which the combatants are to participate. Time is arranged in the hourglass chairs that measure it. Everything goes in silence. The Kiss Gate, built from travertine, is the gate through which the passage to another life is made. The motif of the kiss, presented on the pillars of the gate, could also be interpreted as the eyes that look inside the soul. The infinite column, or the infinite sacrifice, considered by Sydnei Geist the tipping point of modern art, represents a true "spiritual testament" of the artist, a true axis mundi, meant to endure in eternity the vault of heaven. It is 29.33m high and consists of 17 rhomboid modules made of cast iron.

The Art Museum of Craiova was built in 1896 following the plans of a French architect. Since August 1954, the Jean Mihail Palace houses the Craiova Art Museum. In the two rooms are exhibited works of the great sculptor Constantin Brâncuși: "The Kiss" which was made in stone in 1907, "Vitellius", the oldest work of the sculptor realized in 1898 from gypsum, "Tores de mujer" is a marble work dating from 1909, the "Pride" which was made in 1905. Considered the most expensive palace in Oltenia, the building was erected between 1900 and 1907 and belonged to the richest man in inter-war period in Romania, Jean Mihail. The value of the investment amounted to eight million euros.

Also called "Golden springs", Băile Olănești is the name of a locality in Vâlcea often visited by tourists for curative purposes, due to the waters rich in iodine, bromide, sodium, calcium, sulfur and chlorinated minerals, hypotoms or isotones. The first documentation of the city takes place on July 19, 1527.

They are an important tourist objective of the Iron Gates Natural Park and represent a sector of the Danube Gate at the crossing of the river between the Carpathian Mountains. A boat trip on the Danube in this area can take your breath away. Cazanele Dunarii have a length of 7.4 km and the maximum depth is 75 m.

Located on the Lotru River, in the Vidra Quai, the lake is the main development on the Lotru River. Lake Vidra is an anthropogenic lake of accumulation. It was founded in 1972 and is 30 km away from the Voineasa resort (Vâlcea County), between Lotrului, Latoriței and Căpățânii Mountains.

It is the largest urban green area in Romania and the third natural park in Eastern Europe. In Romania, it is the second largest in size, after Herastrau Park in Bucharest, measuring approximately 100 hectares. The park is built on the site of the Bibescu family estate.

The Rânca Mountain Resort is waiting for tourists at the end of the highest road in the country, Transalpina. Situated at an altitude of 1650 m, the resort offers tourists the opportunity to relax in the summer away from the heat of crowded cities; in winter, the resort turns into a real tourist resort, with four ski slopes, loaded with snow.

Located on the national road Râmnicu Vâlcea-Sibiu, within the Călimănești resort, it is of major importance due to the ideal combination of the old age and impressive architecture. It is known that the Cozia Monastery was built 600 years ago, and around it was consolidated a history that remained over time and set its stamp on the future as well as the present of the Cozia Monastery.