1 April, or the Fool’s Day in the Romanian tradition

Practices, beliefs and habits of spring 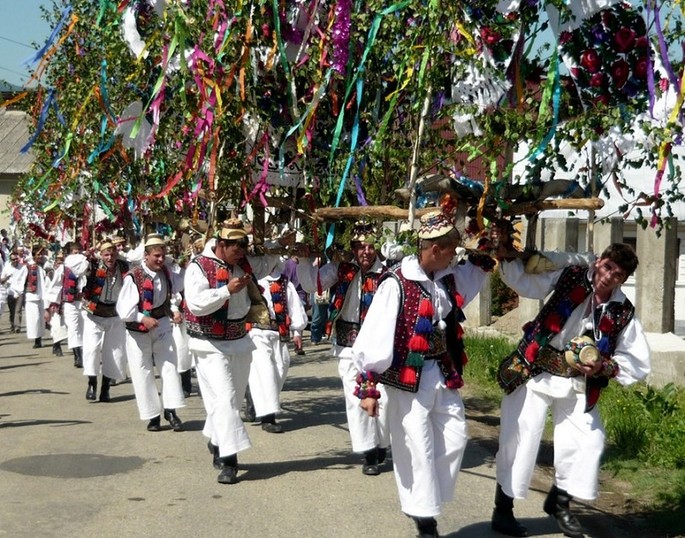 1 April, or the Fool’s Day in the Romanian tradition

The beginning of Lent is marked by archaic events that mark the beginning of a new era. As every beginning means a re-ordering, the practices of this period have the role to restore the chaos, including through social movements. Thus, the "stars" of this period are the cuckoos, or masked lads running the village and causing fights in a symbolic way, which sometimes are transformed into real violent struggles.

In this direction is also places the "famous" the Fools Day of the Romanians, which is celebrated on April 1. On this day is used to make small innocent jokes, the "farce", practiced especially by children. They are part of the same register, to induce a small social imbalance, but this time in the spirit of cunning, joke and joy. However, "the teaching" of this tradition is much deeper. The weather at this time is unstable and capricious. Hot days alternate with very cold days, and as we saw this year, it snowed strong ... at the end of March (the phenomenon is commonly called lambs snow).

The warning is that the weather can fool the farmer, because an advertisement made too soon for the warm weather blows up the gems and makes trees flower, so that the return of the cold (or even of the frost) can have serious consequences on the entire agricultural year. Relating always to the agricultural practices and the beginning of spring, there is a custom known as Tânjaua, which is dedicated to the landowner who took great care of his land, and is semantically related to other agricultural festivals like Sangiorz, Prime Ploughman, Udătorii, etc. It is a tradition with a wide scenario, which begins with identifying the most hard-working, more worthy and more devout ploughman of the village.

Then follows the part of young people, who, in pairs, choose green branches and flowers with which adorn their yokes. Then they all go to the house of the elected peasant, where they bind a small wagon to the last yoke, adorned festive, especially with many green branches and flowers. Lads harnessed to plows they brought and in this way, they are all moving to the field where it was made the first furrow of the (new) year.

The plowman leader is "drowned" in a symbolic way and pulled out of the river in a general joy (the characteristics of purification, baptism and initiation are evident here). Then everyone goes back to the farmer's house, where a supper will be held this day of celebration. We should point out that this custom is exemplary because, according to popular belief, on the diligence and dignity of elected farmer, depends the richness of the next year’s crop.