Transfăgărăşan - the most spectacular road in Romania

Transfăgărăşan is a wonderful exhibition that strengthens the union between perfection, art and success. 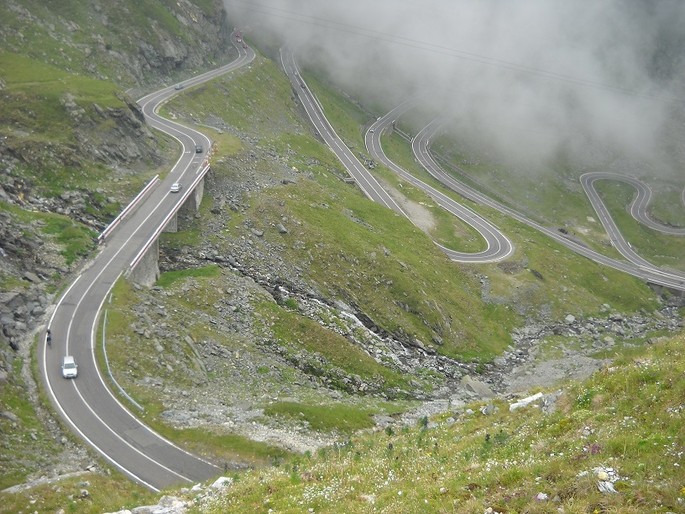 Transfăgărăşan is considered to be the highest road in Romania reaching 2042 meters at the Bâlea Tunnel. It crosses the Carpathians Mountains from Wallacchia to Transylvania. It was built in the ‘70s in just five years, being considered a very ambitious project.

Along the way you can admire a breathtaking landscape and is required to stop at least three times: once to take a little walk on the dam and admire the lake Vidraru, a real piece of art; the second stop to see the Bâlea Lake, frozen for months; and the third stop to enjoy the scenery on top of the mountain.

The Transfăgărăşan is open only a few months a year and offers the ability to perform various activities, such as deltaplan flying, car testing, rally, motorcycle racing, bungee jumping, fishing, cycling, extreme winter sports and so on.

During the winter months is open only part of the road leading to the hotel complex of ice placed on the Bâlea Lake. It was built for the first time in 2005-2006 and it was the first of its kind in Europe.

Besides tourism, the Transfăgărăşan was also the protagonist of various film shoots, such as Ghost Rider 2 starring the actor Nicolas Cage, Top Gear the British show directed by Jeremy Clarks, and so on.

Transfăgărăşan is a wonderful nature exhibition that strengthens the union between perfection, art and success.