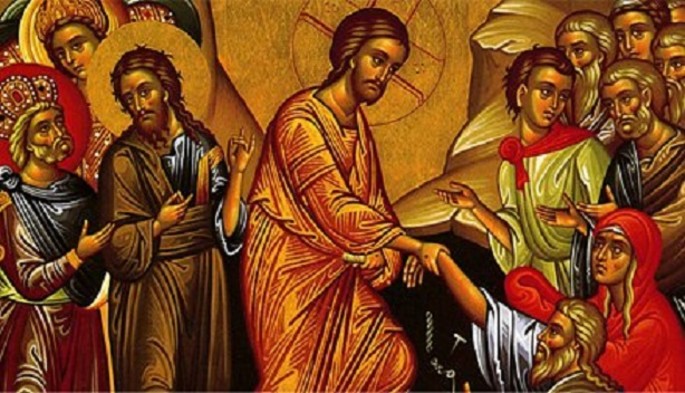 Easter dinner, is actually, a form of religious holiday, which is practiced in a different way in Transylvania and Banat. Believers who intend to offer the lunch as charity, they sacrifice a cow, one or two pigs, several lambs, and from their meat they prepare different dishes: "egg soup" or "seasoned soup", boiled meat with cabbage (dish for religious holiday) and roast.

This feast "takes place" on Easter Sunday, in the afternoon, before Vespers, by the faithful who have done the charity for Easter, that is, bread and wine. In addition, they cook several donuts and breads, and buy brandy and wine for the entire village. All these "dishes" (less the bread and donut bread) are prepared in the cemetery of the church (or at least they get warm there, if they were already prepared at home) by the most honest and skilled people of the village. 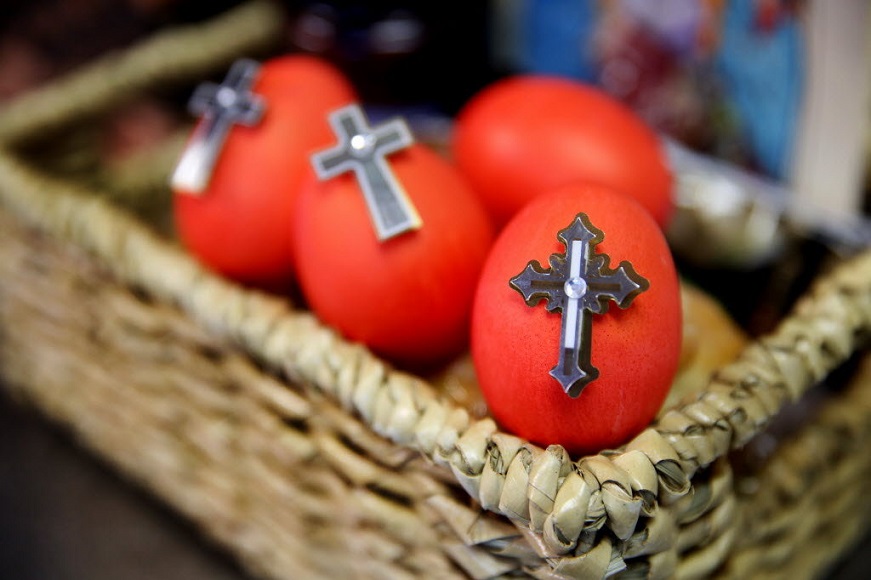 Obviously it is a sacred space, namely chosen, and that cannot be replaced with another. The testimony is given by this custom of Banat, which is practiced on the second day of Easter, on Monday, and always in a sacred space, namely in the cemetery. In fact, there is also a certain specialization of cooking (wedding, christening, alms, etc.), depending on the event, but here we believe they are family members that support this particular moment.

After finishing the liturgy, they use to put several tables and benches made of long planks of the wood for this lunch in the cemetery, so as to fit tables absolutely everyone: men, women, young people, old people and children. After the "mere mortals" are seated, are invited to the main table, that is also and a little raised (the most important person of the table), the priest and the singers with the most honourable people of the village, while at the other tables, of course, will sit, the other people according to the "rank."

It is also interesting to note another aspect. Usually, this Easter lunch was offered by the best farmers of the village, honourable people. But they did not participate to the feast, but serve others, without distinction, to the last needy and beggar. And so are fulfilled the words of Jesus, who said: "Whoever wants to become great among you must be your servant".

Of course, it is a deeply Christian act that of the washing of the feet of the poor and oppressed by Jesus, but there is also something from the great pre-Christian feasts, when the social order was abolished and the slave became, for one day, lord and the master became a servant. After the pray begins the lunch. There are, of course, specific Easter dishes, made with lamb meat.