Discover the taste of childhood in the Romanian kitchen 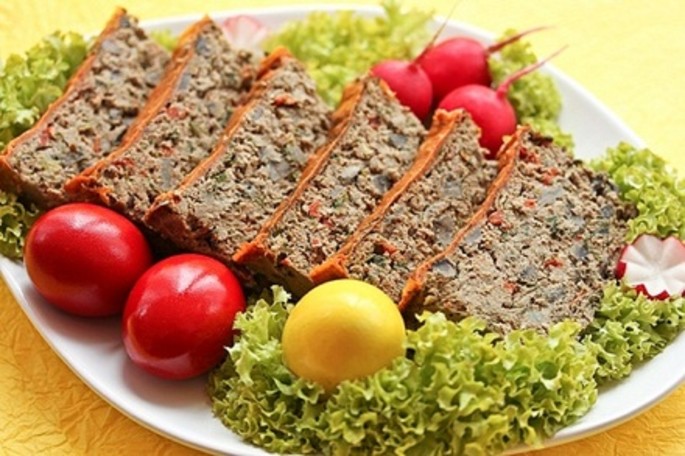 Usually, the Easter lunch is the richest of the year. It is preceded by the longest period of fasting and is the biggest Christian holiday, the Resurrection of Jesus Christ.

I heard someone say that, in the context of scarcity and general poverty, Easter can be celebrated with moderation. It's not true. Because during Easter the table should be laid with plenty of food to show the honor of the house, but also to "thank" the ancestral spirits who, in the traditional view are now, for Easter, in the house where they lived.

There are, of course, hundreds, perhaps thousands of pages of recipes for Easter dishes. Also, special books have been published in this regard. I will give you, this time, some "unusual" recipes, that my mother used to prepare for Easter and without which, for me, there is no Easter.

Lamb with "drăgăvei" (astrantia) (the drăgăvei is recognized as an indigenous plant). Collect the astrantia with a handful of sorrel. Boil them in salted water. Drain and chop it into small pieces. Fry the lamb separately as follows: fry it in oil (or lard) and after it has turned brown, add the garlic (chopped) to the lamb and cook it until the meat becomes softened, add 3-4 tablespoons of flour, mixe it with a little milk to dissolve the flour. At this point, add the astrantia and enough milk to form a creamy sauce. Finally, beat 2-3 eggs and mix them in the composition.

Usually, the next dish is considered to be "unworthy", one that would be consumed only by the poor, of those who cannot afford more (fried entrails). In the past, however, it was considered a ritual food, while the "drob", for example (the quintessence of animal entrails, because it includes all the vital organs) was not made only from lamb entrails.

The guts soup: clean the guts (best method is when you put them in cold water with a handful of lime, and let it rest for half an hour). After rinsed them well in several waters, boil them in a little water. Strain, and chop all into small pieces. Once you have chopped, add fried onion and continue to cook adding a bit of water. Then add the vegetables (parsley, parsnips, and carrots – cut into pieces) and potatoes, cut into four. Season with paprika, salt, pepper and lovage (this dish is prepared the day the lamb is cut).

If you decide to prepare "drob", add to the above ingredients an egg to bind the composition, wrapping it into lamb membrane. Bake it in the oven.