Marcel Iureş is one of the most appreciated Romanian international actors. He was born on August the 2nd 1951 in Băileşti, Dolj County, and spent the first years of his life in a village called Amzuleşti, 12 kilometers from Băileşti 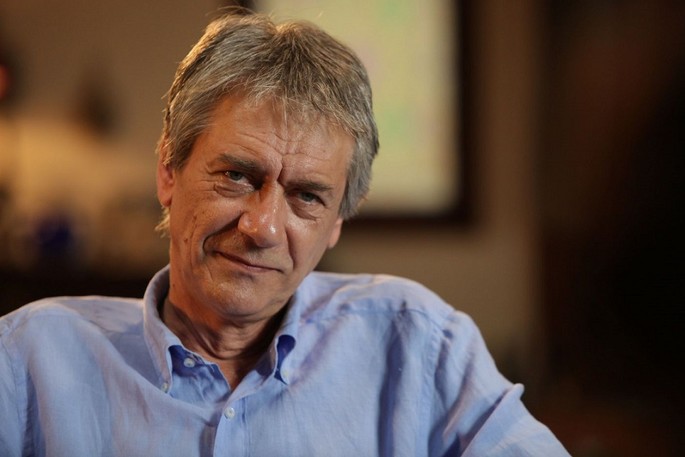 The actor remembers how he had to help his parents with the agricultural work, but also the deep-seated values that they instilled in him. He witnessed and adopted the profound respect that his parents had for their elders. He always talked to his parents politely and until he was older, didn’t even speak unless he was spoken to. He believes that these values are what grounded him and gave him the power to remain true to himself.

When he started primary school, Marcel Iureş moved to Craiova with his parents and lived in the basement of a house in one of the old neighborhoods. When he lived here, he saved all the animals that he found around the neighborhood and took them home. He attended the high school called “Fraţii Buzesti” in Craiova, where he studied under some of the most remarkable teachers. He says that they used to write books in their field and would write the subjects for the national tests and for university admissions.

He studied theatre for two years at an arts school during high school, but did not immediately become interested in pursuing a career in the field. Instead, he applied to the Faculty of Psychology and then to the Faculty of Medicine, failing in both cases. Next, he applied to the Theatrical Arts and Cinematography Institute in Bucharest and was accepted, although he had had little preparation. He graduated in 1978.

Marcel Iures made his debut in 1975 in the play called “Ferma”, playing the role of George. Between 1978 and 1981, he was employed at the National Theatre in Cluj-Napoca, but afterwards, he went back to Bucharest and acted at the Bulandra and Odeon theatres.

Iureş began his film career in 1978 in the Romanian film “January Dream”, playing Franz Liszt. He played other smaller and bigger roles in Romanian films and in theatre until he made his breakthrough abroad. In 1994, Iureş went on a tour in the UK with the play “Richard III”. After that, he was offered the part of Alexander Golitsyn in “Mission Impossible”. He next played Dusan Gavrich in “The Peacemaker”. More, recently, he has been seen in films like “Hart’s War”, “Pirates of the Caribbean: At World’s End” and “Isolation”.