Through its cuisine, considered one of the tastiest cuisines in Romania, Moldavia offers its guests unique dishes 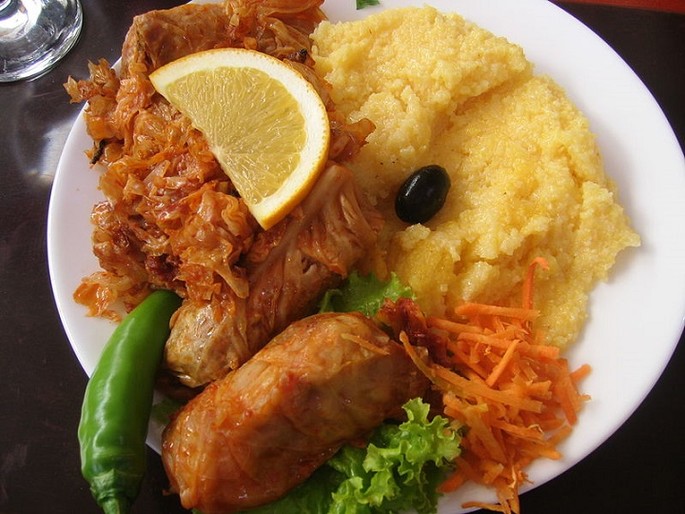 Moldavian region presents a gastronomic diversity that any gourmet more or less "connoisseur" would appreciate it. We can find here an eclectic mix of flavors and textures able to satisfy the most exigent tastes.

Moldavian cuisine has been influenced over time by different nations. Turks, Greeks, Ukrainians and Russians have marked with their colors and flavors the Moldavian gastronomy. The traditional dishes are a central element for what is called Moldavian tradition.

In the Moldavian villages the elders have kept scrupulously the traditions and all the recipes of their ancestors. “Bors” – the fundamental ingredient for the famous Moldavian dish with the same name, is still prepared with water from the well, wheat bran and sour cherry twigs. “Colaci”(dough coils) and “cozonac” (a cake very similar with the Italian cake called panettone) are baked on stone oven and the bread is wrapped in walnut leaves to give it a special flavor; “sarmale” (cabbage rolls) are cooked in unglazed clay pots usually on the stone oven. “Pui asudat” is a dish made by chicken meat cooked in a cauldron and served with a creamy sauce called “mujdei” (made with garlic and nuts) and accompanied with hot cornmeal mush and a red, temperamental harsh wine – that kind of wine that only in Moldavia can be found.

In terms of wine, Moldavia boasts the highest quality and the most appreciated wines at national and international level. Moldova contains the most important vineyards in Romania. Vineyards of old tradition, famous for their wines of high quality are: Odobeşti Coteşti, Panciu, Nicoreşti, Husi and Cotnari. It is also worth mentioning here other moldavian vineyards as Bohotin, Iasi, Iana, Dealurile Bujorului and of course the famous Bessarabia vineyards Cricova and Purcari.