A Little History Legend says that a shepherd named Bucur settled with his sheep in a fertile plain, close to a river and founded a dwelling – which is now known as Bucharest, the capital of Romania. 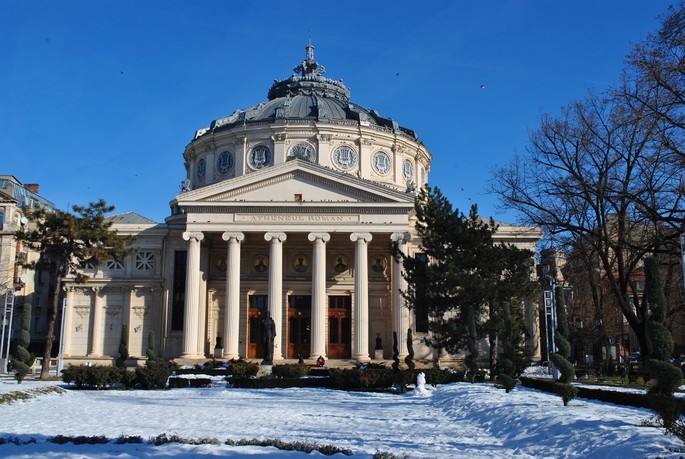 A Little History Legend says that a shepherd named Bucur settled with his sheep in a fertile plain, close to a river and founded a dwelling – which is now known as Bucharest, the capital of Romania.

Medieval documentary sources attest the existence of the town Bucharest for the first time on the 20th of September 1459.Nothing of consequence is further noted on historical documents, until the year 1659, when Bucharest becomes the capital of Wallachia during the rule of Gheorghe Ghica.

Two centuries later, in 1859, Bucharest becomes the capital of the newly formed country Romania, which came into being after Alexandru Ioan Cuza was elected as ruler both in Wallachia and in Moldavia. The two medieval states were united in a modern state which obtained it independence after the war of 1877 against the Ottoman Empire.

The Golden Age of Cultural and Architectural Development The greatest development of Bucharest started after Romania became a monarchy on the 10th of May 1866 – the day when the German prince Karl Eitel Friedrich Zephyrinus Ludwig von Hohenzollern-Sigmaringen stepped onto Romanian land to become King Carol I.

Some of the most impressive landmarks of Bucharest were built during the last decade of the 19th century and the first two decades of the 20th.   The Royal Palace (now hosting the National Museum of arts - http://www.mnar.arts.ro ), the Romanian Athenaeum (http://www.fge.org.ro/en/romanian-atheneum.html ), Cotroceni Palace (functioning both as the official residence of the President of Romania and a museum - http://www.muzeulcotroceni.ro ) are just a few of the most important architectural achievements of the golden monarchist era.

After centuries of following the Oriental, Byzantine and Ottoman fashion and trends, the elite of Bucharest became exposed to the tastes of Western Europe. Nobility, politicians and rich landowners started to reshape the landscape of Bucharest. Many Art Nouveau style villas were built, all gravitating towards the Royal Palace and the fashionable Calea Victoriei street, creating what we now call the Old Town Center.

One of these villas, representative for the entire epoch and building style, is the residence of famous Romanian composer and violinist George Enescu, which is now a memorial museum and can be visited by tourists (http://www.georgeenescu.ro ).

Palaces and fairy-tale houses in Bucharest: The Palace of Carol I University Foundation - the monumental building that houses over 125 years of history

Limanu Cave – a historical labyrinth, monument of nature covered by an aura of mystery, on the Mangalia Lake shore, in the South part of Romania
Read the latest Places of interest