Prince Vlad III Basarab, or Vlad the Impaler as he was called by the Turks because of the penalty of impaling applied to the enemy, while by the Romanians was called Vlad "Drăculea", which in Romanian medieval language meant son of, in our case, "the son of Dracul", while the nickname Dracula is preferred by the West, with a negative connotation, following the character created by Bram Stoker. 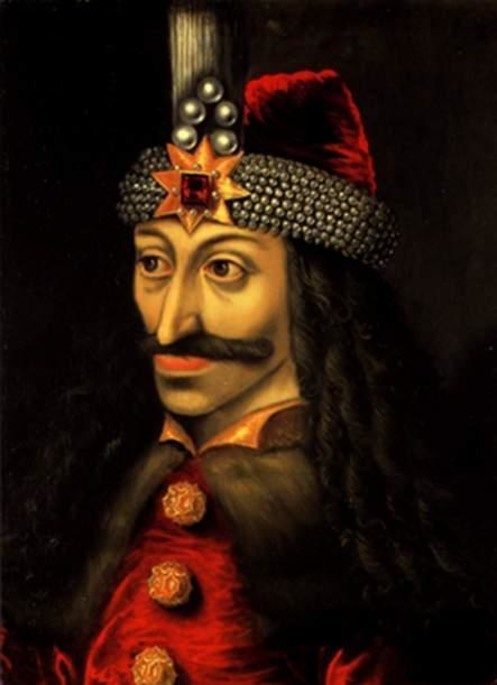 There was a kingdom in the Middle Ages, located at the crossroads between two powerful worlds, on one side the Ottoman Empire ruled by Mehmed II and on the other side the Kingdom of Hungary and the entire Catholic world, and this country called Wallachia.

Standing at the crossroads of all the winds, to survive he had to deal with enemies from all sides, including internal ones. All had pretensions about the country’s territory without even taking into account the existence of the ancient Wallachian people, until a king rises up and took position against the enemies.

His real name was Prince Vlad III Basarab, or Vlad the Impaler, as it was called by the Turks because of his preferred method of execution, the impalement, by the Romanians he was called Vlad "Drăculea", which in Romanian medieval language meant son of, in our case, "the son of Dracul”, while the nickname Dracula was preferred by the West, with a negative connotation, following the character created by Bram Stoker. Vlad Dracul was the nickname of his father, due to the medallion carried all the time as a symbol of their eternal membership to the Order of the Dragon, founded by Sigismund of Luxembourg.

Why has he remained famous in history?

Vlad Ţepeş created a new model of ruling, totally atypical for the existing type. On one hand, to strengthen his image on international level, he created his own image of "great ruler." Vlad imposed a new kind of shocking image for the aimed audience, including both internal and external matters.

Several sources tell stories about the order in the country, the firm and efficient administration, road safety, and especially the presence of a professional army. Slavic and German legends have preserved over time certain actions taken by Vlad the Impaler in his governmental program such as: drastic measures against theft; the promotion of work and loafer’s punishment; the first program of gipsy’ integration, placing them in the war against the Turks; the first Romanian society’s cleaning program by removing physically the beggars; the organization of a fair trade; and the submission of the nobility applying drastic measures to traitors.

Outside the country, Prince Vlad was able to correlate the country’s image with the problem of its defense. In order to impose his authority and to "integrate" Wallachia in the European context he preferred to use especially the iconographic forms, which were more suited to an ensured impact and could be more easily deciphered by a wide audience. In this sense, he has used his image as a psychological weapon, as an expert of both Catholic and Islamic mentality.

The diabolic dimension was perfect for both the Catholic environment, impregnated by satanic terrors, and for the Islamic world. The best example was the impalement, method of execution provided by German law, but totally unknown in the Islamic world. The impalement had a lot of connotations, namely, losing the virile rights for which was punished, through the pain confession. In addition, the vertical position, abnormal, of whom was impaled leaded to the activation of the "dead-alive" tradition, of eastern origin and very present in the Islamic world.

It seems that Vlad has amplified his diabolical image at most in order to solve asymmetrical conflicts in which he was involved. The use of his image as a psychological weapon led to the decrease of the enemy’s psychological resistance. The main action undertaken in this sense is the enemy’s continues tribulation, which could consisted by surprise attacks, ambushes, raids in the opponent’s fields, water, food and sleep deprivation, bringing the enemy to an advanced state of physical and mental usury. The maximum use of psychological warfare procedures has been touched in the 1461-1462 war against the Turks.

There are many  other interesting facts regarding the character of Vlad Ţepeş, namely, he attacked the Ottoman Empire and not the contrary, but also the famous night attack against the Turks, in which he had managed to get to the Sultan’s tent, to kill him, but unfortunately he was replaced by another person. We talk about an attack which had about a hundred thousand victims. Despite everything, Vlad returns home and he was betrayed by the boyars and was imprisoned at Visegrad for fourteen long years.

Although he was the only one who faced and defeated the Turks. The politics that ruled Europe, a space of pride, did not understand that the union is strength and they preferred to act separately with the results that the story reveals. If Vlad Ţepeş had been helped by the West, today the history of our continent would have been very different ...