The Tailors’ Bastion of Cluj-Napoca 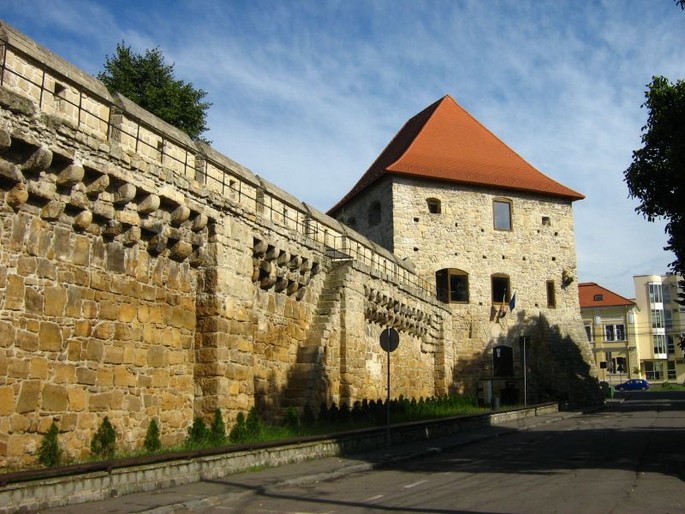 The construction of the bastion is connected to the privileges afforded to the Royal Citadel Castrum Clus by King Sigismund of Luxemburg in the year 1405. The city received the title of “Free Royal City”, which contributed to its development as a commercial center. The newly afforded status also gave the inhabitants the right to build walls, bastions and defense towers.

The precise year The Tailors’ Bastion was completed is not known, but historians hypothesize that it must have been before 1475, because this is the year of its first mentioning in an official document.

Between centuries 9 and 10, Cluj-Napoca was only a small settlement called Castrum Clus, occupying a meagre 7 hectares of land. But its development led to the demand for a sturdier defense system. The inhabitants forwarded a formal request to Sigismund of Luxemburg to build a bigger fortification. It was approved in 1405. The new fortification would be erected with the support of different guilds and would spread over an area of 45 hectares. The Bastion was funded by the Tailors’ Guild, in whose care it would remain for many years to come.

The Tailors’ Bastion is located on the south-east corner of the former citadel and is made of grooved stone. A stone wall also remains, whose crenels and gun holes are still visible.

Among the 18, this bastion has been besieged the most often. It has also suffered devastation on many occasions, but was rebuilt and restored every time. In 1627, it exploded due to its being hit by lightning. Prince Gabriel Bethlen had it rebuilt (1580-1629), event that was commemorated by the placing of an inscribed plate on the eastern side. This plate is what led to the tower’s erroneous name “The Bethlen Bastion”.

Some gruesome events have taken place here over the course of history. The most notable is the killing of Baba Novac, former general of Michael the Brave. A statue was created in his memory and placed in front of the bastion in 1975. The war hero was captured by Hungarian nobles after the Battle of Mirăslău in 1601 and burnt at the stake for alleged treason. His lifeless body was then impaled and placed on Feleacu Road, near the bastion.

The Tailors' Bastion in the past - Cluj Napoca