The Wooden Churches of Maramures, the icon of the Orthodox Christian soul, keep the essence of the unwritten history of Maramures 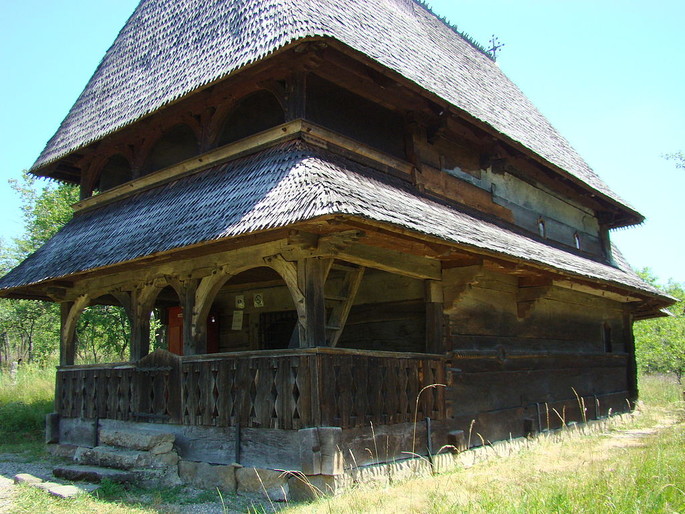 At the crossroads of millennia people from Maramures have chosen the wood to capture the dialogue with God. As witness of their faith are the wooden churches of Maramures, about 100 of which eight were included in 1999 on the UNESCO list.

Beyond the harmony of proportions and the architectural beauty, the houses of worship respect the traditional partitioning: pronaos, naos and altar, to which is added the atrium.

The mural painting and the iconographic register are made by local craftsmen, arranged according to the oriental pattern woven with traditional and Baroque elements. The architectural solutions, tailored of Orthodox worship, are different according to the time of construction and the area where they were.

Tall, slender, with tall and thin bell towers places at the western part of the structure, these monuments are the messenger of yesteryear, who have lived difficult times in which the wises have come here to seek a counsel of God, but also beautiful moments as baptisms and weddings.

The wooden churches of Maramures, through their originality that characterizes them, preserve a soul substrate which define its originality in the traditional mountain landscape of northern Romania.

These sanctuaries of the Word retains the essence of the unwritten history, they intertwined with the boundless kindness of local people to carry their cross to heaven shouting: FAITH!