"Brancusi’s works are concrete forms of a thinking in which reality and fantasy coexist in a harmonious synthesis." 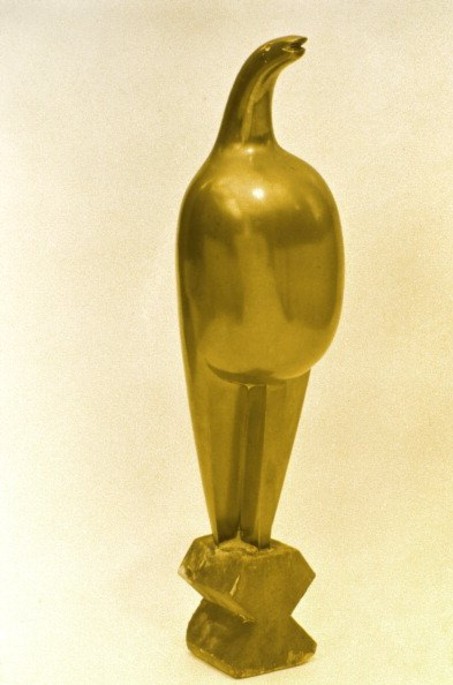 The "Magic Bird" comes from a well-known Romanian folk legend, in which the Prince Charming is led by a magic bird to the Castle from the forest where the beautiful girl of the story is closed. The Magic Bird is not an usually bird but the queen of birds from a magical realm and thus it is the symbol of liberation, victory and joy.

Constantin Brancusi carved the "Magic Bird" in 29 variations between 1910-1944, which reflects the central place in his concern in creating the "flight essence" in a static form perfectly balanced. It is a passion that tends to perfection and reflects Brancusi's aspiration to transcendence and spirituality. The sculptures from the "Magic Bird" series has a stylization and synthesis degree of details that differ from one work to another, which profile pass through a gradual extension reaching the marble’s laws resistance limit provocation, until they reach the perfection of a symbol.

Always passionate about the flight, Brancusi dreamed the ascension of the sculpture beyond the earth, to an eternal liberation. Initially, he used more, as a source of inspiration, the Romanian folk art and even the folklore, but with each new version it distanced itself progressively from the folk imaginary and outlining the stylized vision.

Brancusi presents his work "Magic Bird" alongside the "Sleeping Muse" and "Miss Pogany" to the American public at the International Exhibition of Modern Art in New York in 1913. His works were highly rated in America especially the sculptures of the famous “Magic Bird " series.

In 2005, at an auction in America, the work of Brancusi "Bird in Space" was sold at an exorbitant amount of 27.5 million dollars.

Many projects of monumental bird cycle have not been realized as the one the artist dreamed to put it in the top of the endless column or the one from the square in front of Rockefeller building, and more others.

Casa Altringen - a delicious restaurant with a strong original imprint of the local tradition in Banat, defined by a local rustic decor that seduces even the most demanding tastes
Read the latest Events