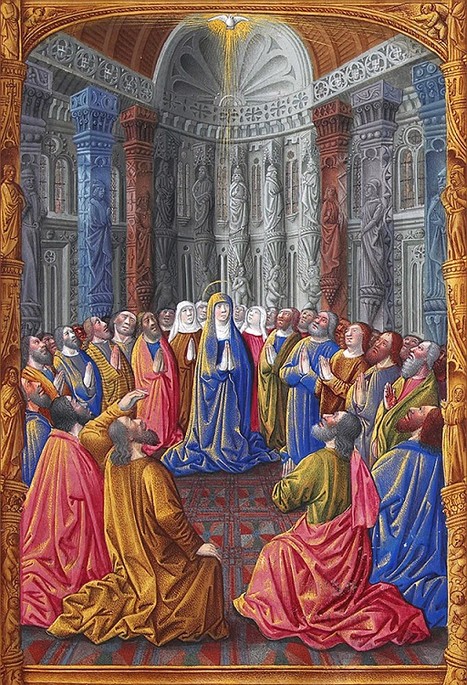 On June 19 is celebrated the Holy Pentecost. The moment marks "the end" of the fifty days from Easter, which is why is also called the "Cincizecimea". In other words, they are celebrated ten days from the Ascension of Jesus and fifty days from the Resurrection. Now, according to the Christian faith, the Holy Spirit descends and Divinity expands in the Humanity. The moment is marked by a series of customs and rituals that come from ancient time, and are not necessarily related to Christianity. 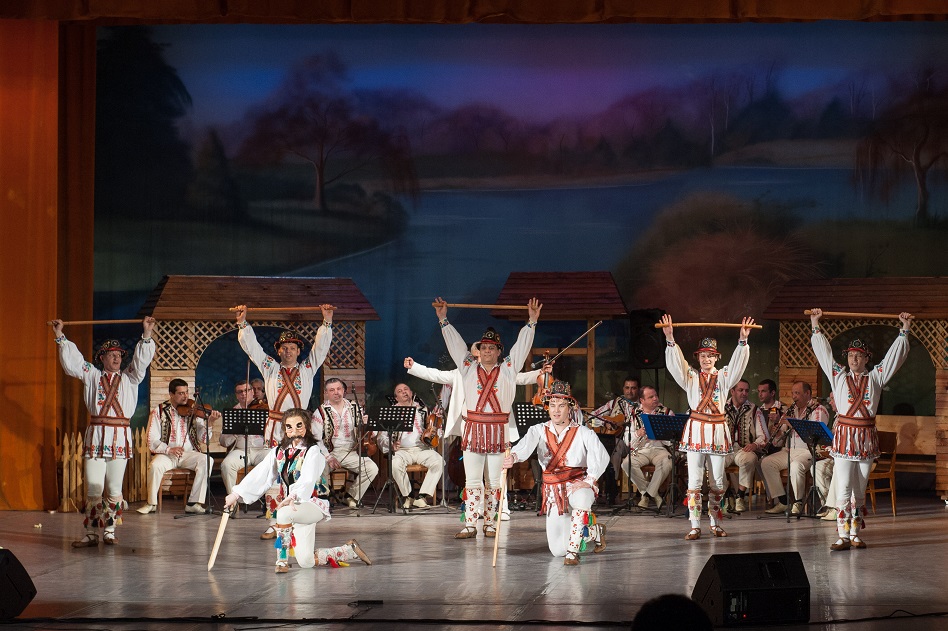 Among the traditional events we have the "căluşul" dance, the tradition of decoration of the houses, gates and courtyards, stables, etc., with green branches of linden, poplar, oak. They also adorn the homes with garlands of flowers and ears of wheat field. There is also the usage of the celebration of weddings of the young people.

The Orthodox calendar also refers to an important aspect of this day that talks about the opportunity of collecting medicinal plants, which, in general, it isn’t part of the Christian faith. And more than that, on Pentecost it was customary to anoint the doors and windows framework with garlic. 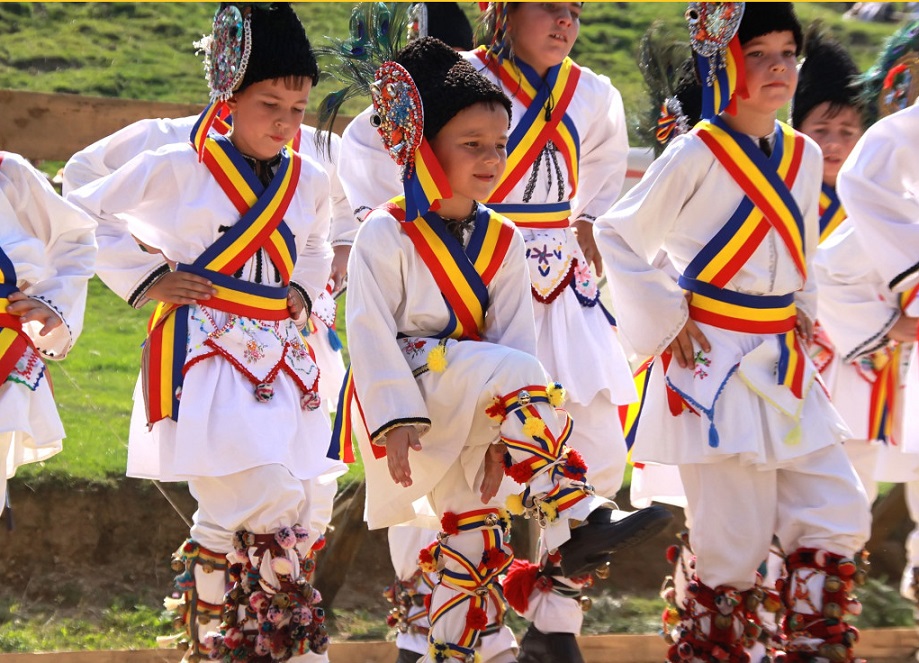 Căluşul (Căluşarii, căluşeii, căluşerii) is an ancient Romanian ritual dance, presumed to date back to ancient times (according to some researchers it would descend from an initiation rite of the brotherhoods of the young warriors). It's a dance that is performed exclusively by males (the appearance of "ensemble" of "căluşari" women is an impiety, showing a profound ignorance of the phenomenon; in addition, the episode clearly shows that today more than ever, folklore slipped on the slope - irreversibly - the spectacular). 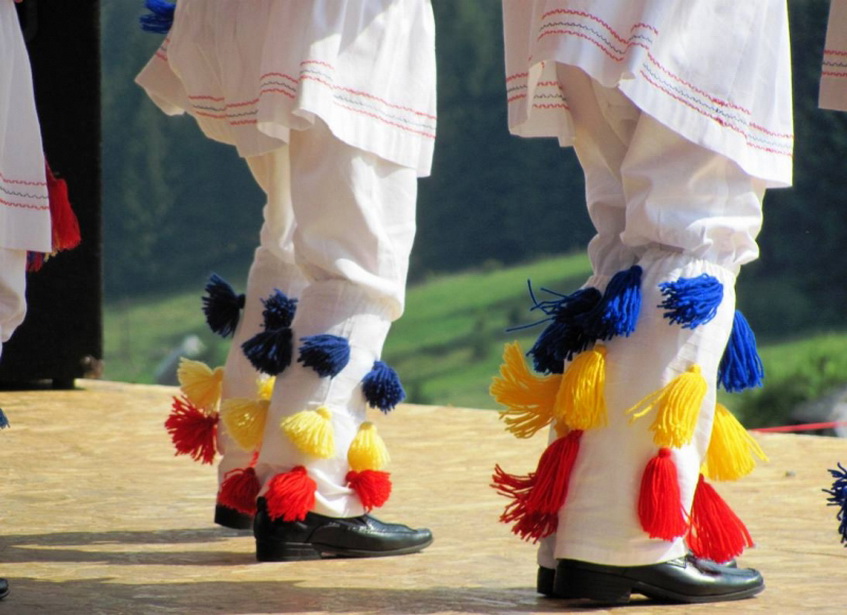 The young boys who will become căluşari "are chosen" long time ago, and they will choose a leader (the mute), they take an oath of allegiance and from that moment they will not tell anything of what is happening within their group. The day of Pentecost, the căluşari dance first in the churchyard and then will go around the village, dancing in all the houses where they are received, as in the caroling tradition for Christmas. The young men are dressed in special traditional costumes used for holidays, wearing bells at their foots, carrying an average height and thickness sticks, with which they beat the earth, raise them toward the sun, they jump, etc., saying words without any special meaning, being considered by linguists as esoteric ritual texts.

Meanwhile, the mute, "dressed" completely different from all the other (wearing a sheepskin, an animal skin, a "şubă", etc., but also a zoomorphic mask - usually wolf – and ribbons of different colors) performs disordered movements, leaving behind the regular rhythm of the other guys, he gets angry with the people who look at him, touch with the stick the girls and women from the "public", screaming and making various inarticulate sounds, meant to "scare" the audience that pretends to be afraid, flee, return and provoke the mute.