Try the delicious ruby-colored salami, covered with white noble mold that has been produced in Romania for over 100 years, following the same recipe and the same processes 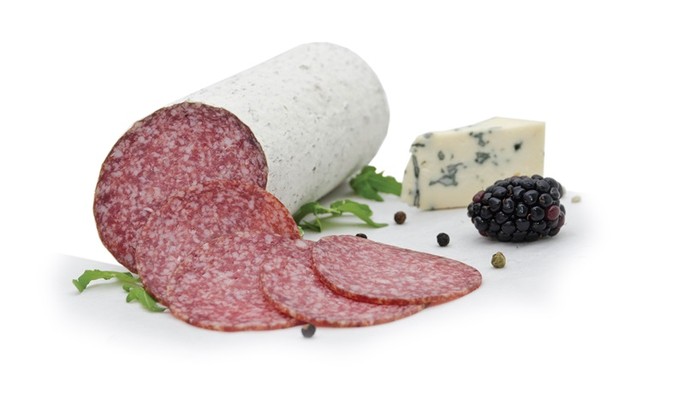 The Sibiu Salami became a product of Protected Geographical Indication in February this year. This title promotes and protects the names of agricultural products and foodstuffs whose production is tightly connected to a certain geographical area.

The Sibiu Salami is the second Romanian product to receive this distinction. Other European countries have many more such products. For instance, Italy has 296, while France has 243.

The application for receiving the PGO title was filed on November 2014 at the European Commission and it was approved on the 19th of February 2016. It came into effect 20 days after its publication in the Official Journal of the European Union.

The producers had documents to prove that the salami started being produced in Transylvania over 100 years ago. The recipe was created by an Italian that had settled in Wallachia around the year 1910. His name was Filippo Dozzi and he found the appropriate conditions for making raw cured salami in the town of Sinaia. So, he bought a building here that housed a restaurant and a wine cellar. 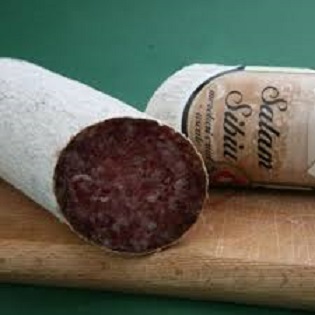 The Sibiu Salami is a product of high quality, made from pork and hard bacon. The content is put into natural membranes or collagen membranes and then cured with strong-essence wood, matured and dried in cold temperatures.

The maturation is done with alcoholic products, like white wine, red wine, rose wine, vinars (a sort of cognac) and dark beer. Noble mold cultures are also used to obtain the specific taste the salami has.

The salami is matured and dried for a long time – approximately 60 days – in the presence of the aforementioned mold, which also contributes to its delicious taste.