The Black Church is the largest tourist attraction in the city of Brasov, visited annually by over 250,000 tourists 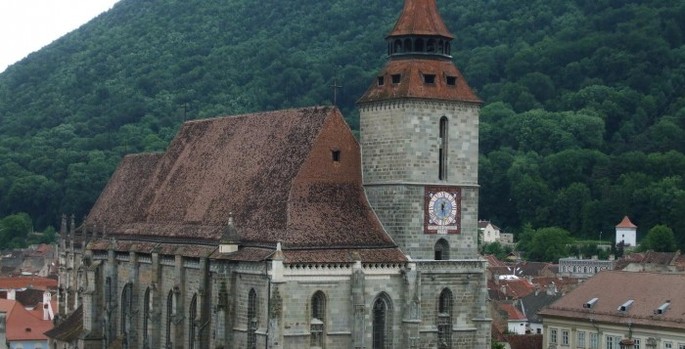 The Black Church in Brasov is known not only in Romania, but also in Europe, for its beauty and uniqueness. The place of worship was built in the Gothic style 500 years ago and is the largest church in Romania, having impressive dimensions.

Around the church it can be breathed a lot of fascinating legends, this is yet another reason why tourists are attracted like a magnet to the iconic monument of Brasov.

The Black Church can boast of a number of records that can hardly be overcome, and that’s because it is the largest place of worship between Vienna and Istanbul, while inside is the largest organ of the European continent and the largest collection of old carpets from Asia Minor.

The construction of the church of Braşov began in 1383, and dozens of workers worked on its construction for about 100 years. Initially, the place of worship was called the Church of Santa Maria, but from 1686 was named the Black Church after a fire engulfed the whole city and turned it into a ruin.

The place of worship was called the "Black Church", because the smoke blackened its walls. After the fire, the church building was restarted.

The legend of the child from the Black Church

On the Black Church you can admire a statue a bit' atypical. It is about a child who gives the impression that is about to fall.

According to legend, this statue would represent a very skilled apprentice who was killed for envy by the head-master. This would have pushed him from the church and he died. But after a while, the head-master came to know that the apprentice admired him very much. Crushed by remorse, the master decided to erect a statue in memory of the boy.

Another legend says that, in reality, the statue depicts the son of another craftsman who worked on the construction of the place of worship, and which accidentally fell from the church. With the heart torn by grief, the boy's father has erected a statue in memory of his son.

A Google portal that allows the sharing of photos with tourist objectives worldwide, which are located on the map, indicates that the Black Church is the most photographed tourist attraction in Romania. And no wonder when you consider that only in 2014 the emblem of Brasov has been visited by over 260,000 tourists from the country and abroad.

The Black Church is considered the second most important objective touristic of the county, which follows after the Bran Castle, known as Dracula's Castle. The place of worship has a capacity of 5,000 seats and measures 90 meters long, 37 meters wide and the cross tower has 65 meters.