The Bey’s Eye Lake, a unique natural wonder in Romania, whose color impresses the tourists

A place of fairy tales, wonderfully surreal, whose beauty takes your breath away – is how it could be described in a few simple words the Bey’s Eye Lake from the district of Caras-Severin 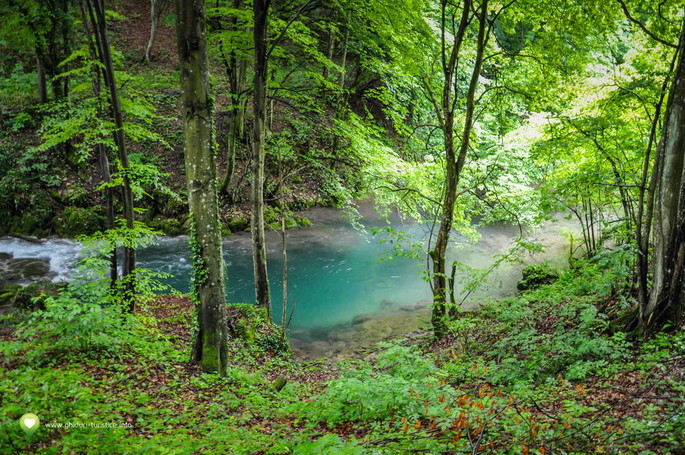 In a spectacular wilderness area, located in the western part of the country, there is a place that seems detached from fairy tales. The Bey’s Eye Lake is one of the most beautiful and fascinating places of Banat.

Located in the district of Caras-Severin, in the National Park of Nera - Beusnita Gorges, the lake has a beautiful color in which reflect the trees, the sky and the surrounding plants. We are talking about a very special blue which is said that dispels depression and sadness from the tourist’s souls who reach this wonderful place. The lake’s color is constantly changing, from light blue to an incredibly beautiful dark blue-green.

The Bey’s Eye Lake is a protected natural monument and the lake water is so clean that tourists can see the trout that swim in it in all their beauty. Interestingly, this body of water never freezes. How is it possible? All thanks to a source of the lake that constantly refreshes.

Locals say about this amazingly beautiful place that is enchanted.

According to legend, the magical night of Sânziene (fairies from Romanian legends), on the night of June 24, when the gates of heaven open, the fairies gather around the Bey’s Eye Lake. Here they take a bath, sing and dance until dawn. The fairies – ielele- are among the most fascinating female supernatural creatures from the Romanian mythology, which look like beautiful young girl in white dresses.

According to another legend, hundreds of years ago, this place was mastered by an evil bey. He had an incredibly beautiful son, with blue eyes, who fell in love with the daughter of a local shepherd. When the young man's father discovered the romance between the two, he ordered the killing of the girl.

In the fight with the soldiers sent to kill the young girl, who found her already stabbed when he arrived, the bey remained without an eye. Locals say that the place where his eye fell, arose the Bey’s Eye Lake. With a broken heart, the bey decided to take his own life with a stab into the heart and from his tears arose the source that bears his name.