Fairytale palaces and boyar houses in Bucharest: Bragadiru Palace, over 100 years since its foundation

The city of Bucharest has many palaces and boyar houses that were declared historical monuments – each has a story that influenced the buildings which became offices for institutions, private residences, leisure places or centers for various events 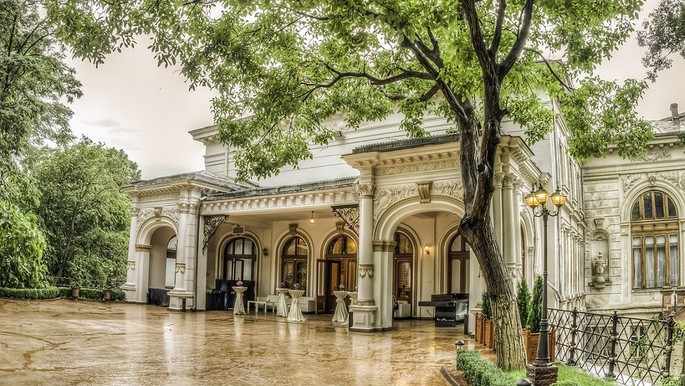 The Bragadiru Palace is one of these superb buildings beginning its story at the end of the 1800s. The design was conceived by Dumitru Marinescu Bragadiru, its founder, as a place of leisure activities and was built based on the plans made by the Austrian architect Anton Shuckerl. At the end of the 19th century, D. M. Bragadiru bought a land near the Principesa Maria Market with the intent of building a beer factory.

The business was going very well so he decided to also build a residence near the factory. The project for the new residence also comprised the plans for a Palace of Culture. Built in eclectic style, the palace is emblematic for the harmonious architecture of the 1900s which is reflected in the composition of the façade and in the richness of the interior designs.

In a short time, the palace becomes an important cultural center of the capital. Here, many balls, parties, soirées and theater shows were held.

In the summer of 1948, the Bragadiru Beer Factory is nationalized by the communist regime and is renamed (Rahova Beer Factory) and the palace is transformed into the Lenin Cultural center.

In 2003, the building was retroceded to the successors of D. M. Bragadiru and they managed to rebuild from ruins the old palace and to transform it in a modern center of cultural and artistic events, private and corporate events.

The summer garden and the terrace are in harmony with this eclectic building with Normand style spiral stairwells, with moldings and statues inserted in the façade, Venetian mirrors and Victorian style balconies.

Therefore, the Bragadiru Palace carries forwards its story and significance!