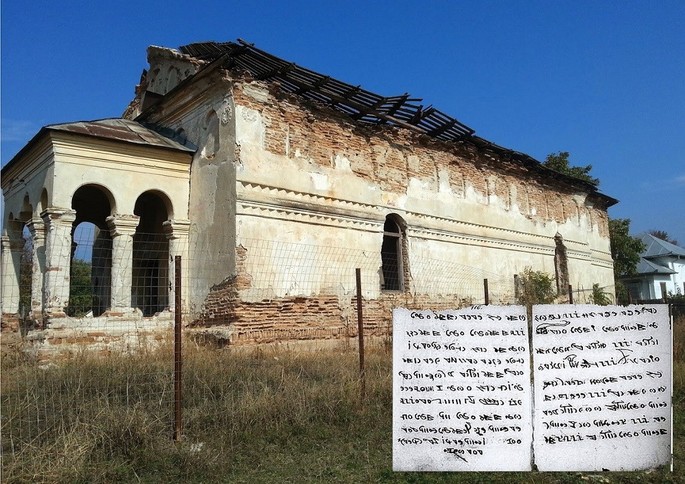 The property title consists of two tablets bound together and engraved with Latin writing. They were found a long time ago, in 1842, by a priest. Historic documents say that he found them either in one of the ditches of his garden or in an old tomb at the edge of the village.

The tablets were a military diploma given to Roman soldiers who had fought in the army for a quarter of a century. This document, given on the 22nd of March 129, declared them free citizens and entitled them to land in Grojdibodu, where they most probably settled down with their families.

The tablets were offered to Napoleon the 3rd, Emperor of France, by Alexandru Ioan Cuza as a testament to the Latin origins of the Romanian people. The Emperor’s collection became the patrimony of the Museum of National Antiquities in Saint-Germain-en-Laye, where the tablets can be found today.

Grojdibodu is a village in the south of Oltenia with a population of 3650. It is located in the south-west of Olt County, on the bank of the former Lake Potelu. The first documentary attestation of the village dates from 1545, was issued by the ruler of Wallachia and confirmed the possession of the village by Badea clucerul and Crăciun logofătul.

According to archaeological discoveries in the area, there most probably existed a settlement here from the Neolithic. Then, there was the Geto-Dacian settlement called Sicibida, a name that probably came from one of the 200 Tracian branches mentioned by Herodotus. And finally, there existed a Roman vicus here and a villa rustica, where units of the Roman army used to be quartered. In ancient Rome, a vicus was a neighborhood, while a villa rustica meant nothing more than a villa located in the countryside that represented the center of an agricultural estate.