The Watermills in Rudăria, a wonderful heritage

The realm of watermills stretches in the western part of Romania. The natives boast that the flour made by these watermills has a unique flavour. These wonders attract tourists from all over the world. One of the fascinating places in Romania is the mill complex in Banat, Caraş-Severin County. We are talking about 22 still functioning watermills situated on Rudăria Valley. The tourists reaching the Eftimie Murgu Commune can see how cereals were ground in the Dacian times and can also receive flour from peasants. Thus, the water mills with buckets in Rudăria defy not only time, but also modern technology.

The 22 historical monuments on the foot of Almăj Mountains are considered one of the most important tourist attractions of the Mountainous Banat and not only. The wanderers reaching this fairytale place in Eftimie Murgu Commune feel as if time stands still.

Where Watermills Turn the Hands of Time

The Rudăria inhabitants learned to grind cereals in those wooden buildings with special installations hundreds of years ago. In 1772 eight mills were recorded in Rudăria, but this cereal grinding method has been always used, since the 2nd – 3rd centuries. One hundred years later, in 1874, in Rudăria 51 watermills operated, more than half of them being destructed by inundations in 1827, 1941 and 1955. 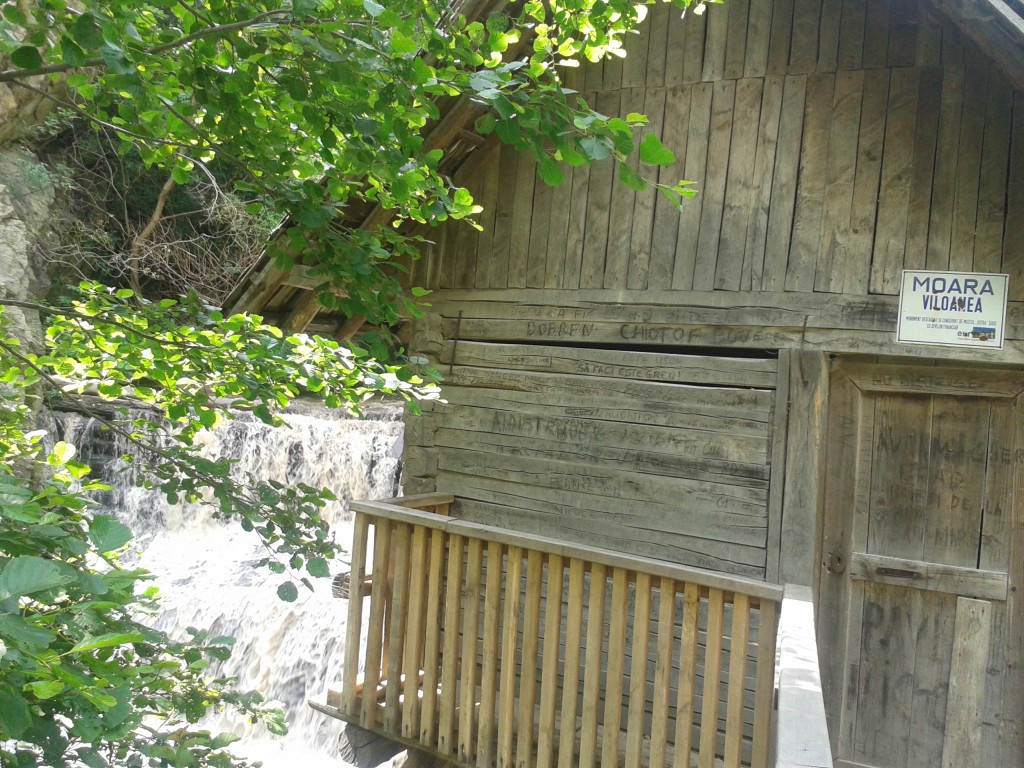 Today, only 22 mills with buckets operate in Rudăria. At the end of the’90s the reconditioning works started with money from the European Union. Unfortunately, in the fall of 2014 the mills on Rudăria Valley were almost completely destructed by strong high flood. Yet, they have been reconstructed by the locals with money from the Government, so that the tourists can admire them today.

The 22 mills belonging to UNESCO patrimony bear the name of the place where they are located or of ”leader/family”: “Îndărătnica de la perete” (The Stubborn One from the Wall), “Moara din Ţarină” (The Mill on the Tilled Land), “Moara cu Tunel” (The Mill with Tunnel), “Popascu”, etc.

Just like during Dacian times, the Rudăria inhabitants grind their corn and wheat by using the technique of sweeping the cereals with the heavy millstone. The villagers tell that the flour obtained in this way has a special flavour. The locality Rudăria, named today Eftimie Murgu, is situated a few kilometres away from Bozovici.