Gurghiului Valley - one of the most beautiful areas in Mureș region, the perfect destination for tourists who want fresh air, peace, culture, history and old customs

In the Valley of the Kings, which reveals its landscape splendour along the Gurghiu River, starting from the top of the Gurghiului Mountains, vestiges from the Neolithic period have been discovered 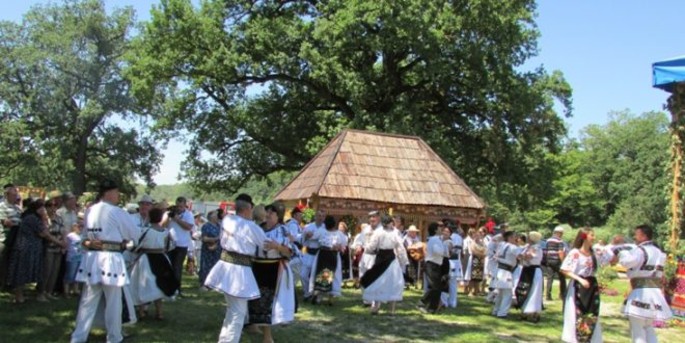 Gurghiului Valley, at the end of which is Lăpușna Castle, is an area rich in wonderful landscapes, whose value has been appreciated since the Geto-Dacian times. The archaeological remains discovered here are evidence that there have been inhabitants in this area since the Neolithic. Along the valley there are several settlements, the communes: Solovastru, Gurghiu, Hodac and Ibanești. The area is dominated by tourist attractions, which are really worth a visit.

Near the Hunting Castle in Ibănești, in a small clearing surrounded by tall fir trees, is the Lăpușna Monastery, whose small wooden church, dated 1779, was declared a historical monument. It is a real masterpiece, made of oak and spruce wood. The mural painting signed by Toader Popovici, made in a folk -naive style, is preserved intact, and also are the 18th century icons, pews and chandeliers.

Before arriving to the Hunting Castle, you can admire on the Gurghiului Valley, besides the fabulous landscape, the Gurghiului Fortress and the Bornemisza Medieval Castle.

Gurghiului Fortress was built on the ruins of a Roman caste and dates from the Middle Age. Here, several Transylvanian princes had resided. From the remains of this fortress, destroyed in 1708 by the Habsburg Royal Family, the Medieval Castle Bornemisza (dated 1733) was built. The castle, built in Baroque style with Renaissance elements, was the property of several noble families - Rakoczi, Teleki and Bornemisza. Since 1881, it came into the possession of the Habsburg Royal Family, who turned it into a hunting lodge for Rudolf of Habsburg. On the castle domain there is an arboretum, which includes several special species of trees and plants.

Also near the castle, at Fâncel, is located one of the most valuable hunting grounds in the country.

The Gurghiului Mountains, a tourist attraction worthy of admiration, are home to a diverse fauna, rich in wild boars, deer, bears and lynx. Once in the Gurghiului Valley, do not hesitate to include in your itinerary two other ancient churches: the Reformed Church of Gurghiu (dated 1756) and the Roman Catholic Church "Sfintul Imre".