Dobrogea, a spectacular area and its treasures dug into the rocks: Gura Dobrogei Cave, a speleological natural monument

Gura Dobrogei Natural Park is a protected natural area of geological, flora and fauna interest, which belongs to the fascinating Dobrogea area, unique as if it would be from other worlds and other times 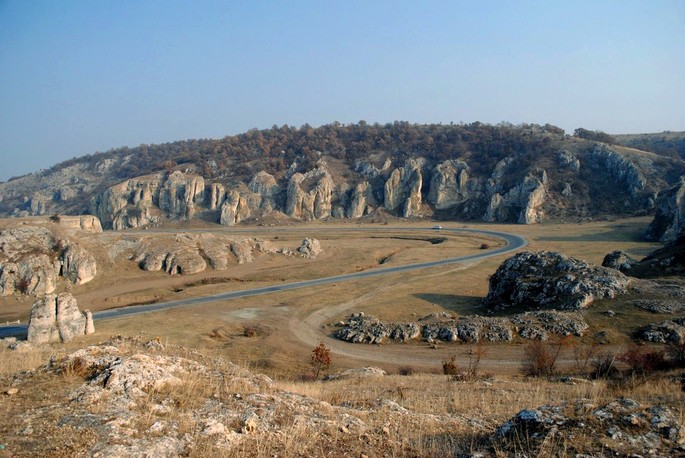 Located between the Danube and the Black Sea, surrounded by three plateaus, with its old mountains eroded by winds and waters, Dobrogea enigmatically opens its gates to the world. You can't really know Romania without having reached the roads of old Dobrogea, at least once.

Located in the eastern part of Târgușor village, Gura Dobrogei Natural Park is a protected natural area, belonging to the steppe area, with insular steppe forest penetrations. In addition to the rich flora and fauna of the Casimcei Plateau, the reservation also includes areas of geological and speleological interest.

Gura Dobrogei Cave is a speleological natural monument that covers an area of 5 ha. It has three entrances, which lead to several galleries. The cave is inhabited by numerous colonies of bats belonging to the Mediterranean species Rhinolophus mehelyi and Myotis mistacinus. This is the reason why the second name, the Bat Cave, has appeared. Inside the cave, traces of human activity have been discovered, coming from distant eras - Palaeolithic and Neolithic tools, fragments of Neolithic pottery, as well as metal objects belonging to the Iron Age.

The historian and archaeologist Vasile Pârvan was the first to report the existence of this cave, in 1926, and the geologist E. Jekelius estimated that the age of the cave would be in the late Pliocene, or early Quaternary. Its formation would have been due to an underground watercourse to a large extent and less to the water infiltrations.

In 1964, the geologist Dan Patrulius, after studying the fossils found in clay, estimated that they belong to the Jurassic era. Later, traces from other eras were discovered: from the Neolithic, Roman, Greek and Circassian periods.

If you want to experience spectacular moments, a time leap to prehistoric ages, do not hesitate to visit Dobrogea and its treasures in the rocks.