The Romanian winter holidays begin with St. Andrew (November 30th) and lasts till St. John (January 7th). It is a mix of traditions and customs - some coming from the pre-Christian period - with Christian religious celebrations. 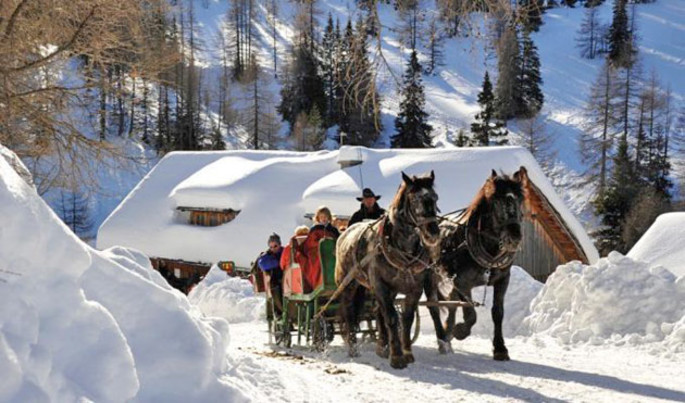 The Romanian winter holidays begin with St. Andrew (November 30th) and lasts till  St. John (January 7th). It is a mix of traditions and customs - some coming from the pre-Christian period - with Christian religious celebrations. These give a special charm cold season impregnating it with joy, cheerfulness but also with mystery and spiritual experiences.

The Saint Andrew is the one who preached the Gospel in parts of Thrace and Scythia, including Dobrogea today. It is a religious celebration, besides having a series of traditional practices (some coming from the Dacians) such as: rubbing doors and windows with garlic (for not penetrate the evil spirits), putting wheat for sprouting (as harbinger of the future harvest), rituals made by young girls for to dream the husband predestinated).

The Saint Nicholas (December 6th), considered the protector of the poor, who transformed into "Santa Nicolas" brings gifts to the children. They prepare their boots in the evening of 5th because the Santa Nocolas will put the gifts there. For those who have not been dutiful Santa will bring a "little rod" which also over time acquired the status of toy.

Follows the most important Christian holiday of winter, the Christmas (The Nativity of Christ), but before,  there is the Christmas Eve (December 24th). In this morning (in some areas the night before), groups of children go from house to house with the Caroling. For the carols sung in the night, to doors and windows, the children receive bagels, little round loaves, cakes, apples, nuts and all sorts of other gifts. In addition to the groups of children, the priests with icons in their arms going from house to house to sprinkle the holy water on the people and the rooms and notify through song, „The Nativity of Jesus Christ”. 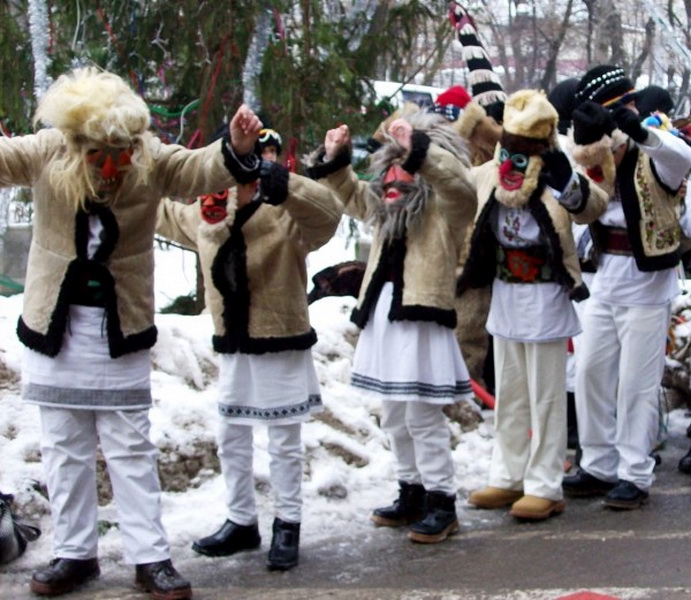 On the Christmas Eve and the Christmas tree is decorated and people prepares the gifts that will be brought by Santa Claus. He „will enter on the chimney of the stove with his bag full of gifts.”The carols resound throughout the country until the Christmas Day (Dec. 25th), a great joy and blessing for the Christians. In some areas the carols extend until the New Year. Religious or secular, the Romanian carols creates a charged atmosphere of mystery and spirit, but also of joy and well-being. Children in small bands walk with the Star, symbol of the star that guided the "Three Wise Men from the East" in searching of the baby Jesus.

The true renewal time takes place but the New Year. The researchers see in the popular customs that take place during this period, rituals of symbolic renovation  of the world, of chasing the evil spirits, or of divination. A complex of ceremonies and superstitions that make this time of year one of the richest in folk customs, a period of transition between two cycles of vegetation or works, whose threshold is the New Year. As Christmas is dominated by carols, the New Year is marked by „wishes”, made via several popular rituals: Pluguşorul (the little plow), Sorcova, Buhaiul (the bittern), Vasilca, the mimic games with animal masks (The Goat, The Bear, The Callus, The Little Deer), or peasant characters. Not missing the carols, but now they have another role, the proclamation of renewal. There are habits that are still preserved, perhaps due to their spectacular, but also because of the opportunity to spend.

The crown of the holidays, especially of the parties, is the New Year's Party. A secular feast full of hearty meals, parties and special entertainment. The next day, the day of Saint Basil, the children with "sorcove" (branches) beautifully decorated, send wishes to the big men: „To live flourishing / like apple trees, / like pear trees, / in the mid-summer / like the rich autumn!/ fully satiated/”. Follows on January 6th, the Epiphany (Theophany). This is a religious celebration when the priests comes back with holy water and sanctify houses, objects, people and animals. 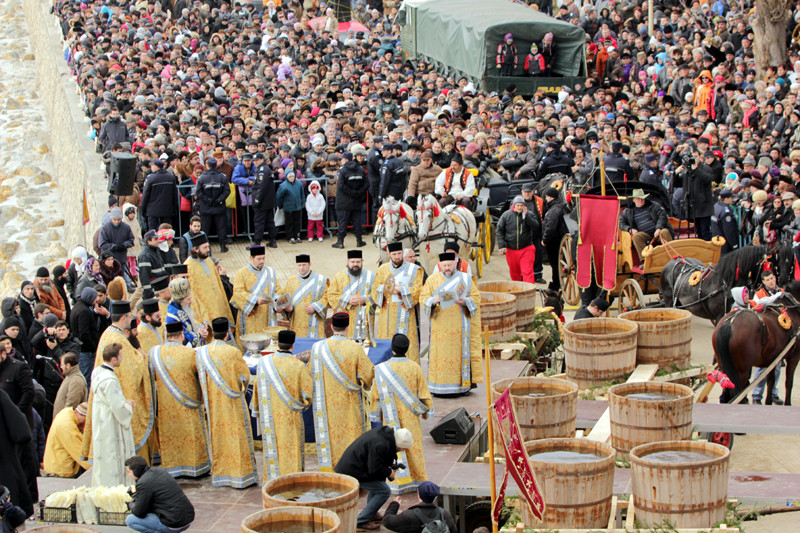 The winter holidays ends with the celabration of Saint John  one who  baptized Jesus Christ in the Jordan's waters. În this day people are sprayed with water, some plunge into river to bring "the cross" thrown by the priests. Those who are called John are wetted with water and cast up, a popular tradition what is called "Iordănit" (from Jordan). 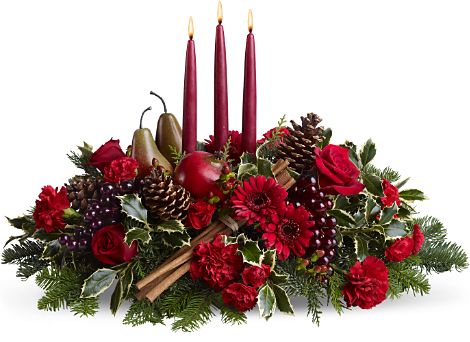