"For us, Christmas is done in the belief of the birth of Jesus with a roll of bread, cut pieces of pork and Christmas carols. And this is the triptych of the Romanian traditional Christmas." 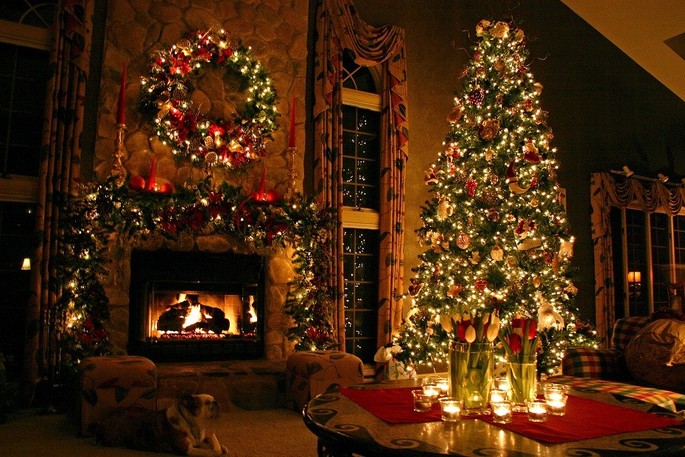 Christmas celebrates the birth of Christ, who came to redeem the sins of the world. For this reason, this holiday must bind to the sacrifice of the lamb that takes place at Easter. Only in this way, the bloody sacrifice and the cycle are performed for a spiritual, religious and traditional purpose.

Unfortunately, Santa Claus has moved away from its traditional "mission". Or, rather, he was "diverted" from its core mission; to bring people the most important gift, namely, the news of the birth of Jesus, as Savior of mankind. That moment was accompanied by sacred acts dating from prehistoric spirituality of mankind.

That moment was accompanied by sacred gestures that recall a prehistoric spirituality of the mankind. They were  turned away from the man's life, because the sacrifice of the traditional animal, in order to ensure an abundance of Christmas holiday no longer takes place, and many children today are convinced that the apples or potatoes "grow" in a supermarket. With them Santa Claus was "recycled". He is no longer at the center of the winter holidays, as a guardian of the ancient ordinances, but ... he sells products.

This is what not only us noticed, but also the majority of ethnologists who deal in one way or another whit the phenomenon: "According to the ethnologist Irina Nicolau, this character, that her Lordship calls ˂˂ Santa Claus with red coat˃˃ has nothing to do with our world, ˂˂ our world that does not know the Christmas presents and the exuberance of excess, but knows a huge concentration. For us, Christmas happens in the belief of the birth of Jesus child with a roll of bread, cut pieces of pork and Christmas carols. This is the triptych of the Romanian traditional Christmas. While this Santa Claus cheers up children's lives - and, lately, not just children’s life - is something imported that we assimilated quite well, I'm afraid to say that was assimilated too well".

What strikes in the kitchen of the Christmas festivities is the huge amount of food and beverages for which the "modern people" take to criticize us, saying that we make an excess of food, subjecting the body to extreme efforts, even if (today) we have no longer the financial means to afford this thing or (yesterday) we do not find them and then we have to make extraordinary efforts, almost superhuman, to obtain them (then as now).

There are several things to say here. On the one hand, according to Irina Nicolau, the prophylaxis of the Romanian peasant was ... fasting. The body was so detoxified renouncing at foods rich in cholesterol. On the other hand, the holidays have essentially an orgiastic character. Every time it is an unique and mythical celebration, involving both men and gods, as well as the spirits of the dead.