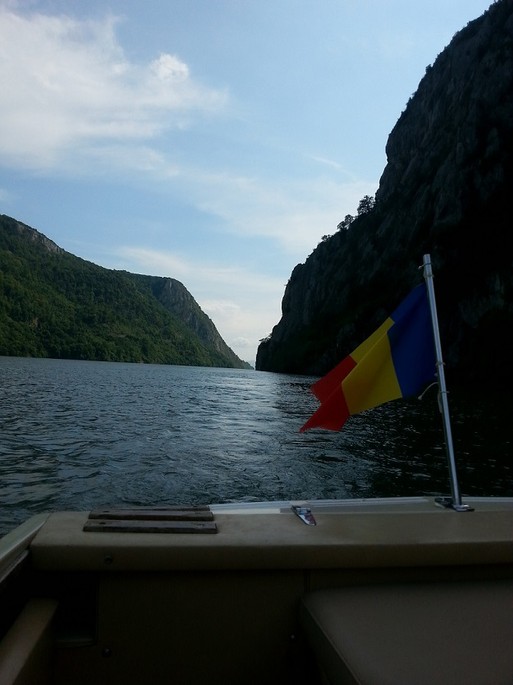 The river with many names - Danube, Danube, Danubius, Dunav, Danube, Tuna - is the second longest in Europe, after the Volga. It flows from the top Kandel (1241 m) in the Black Forest in Germany and, before emptying into the Black Sea, the Danube passes through 10 countries: Germany, Austria, Slovakia, Hungary, Croatia, Yugoslavia, Romania, Bulgaria, Moldova and Ukraine, and four European capitals: Vienna, Bratislava, Budapest, Belgrade, being a symbol for these places.

The longest stretch of the Danube is in Romania, and covers a distance of 1075 km, between Bazias (where the river enters the country) and Sulina. The course of the water draws the borders with Serbia for 235.5 km, with Bulgaria to 469.5, Moldova for 0.6 and Ukraine to 53.9 km.

Crossing many regions, each with different types of natural landscapes, the Danube is divided into five areas: the throat of the Carpathians, the Black Sea sector in the south, the Eastern Europe ponds sector, the predobrogean sector and the Delta. The Danube carries approximately 60 million tons per year of fluvial deposits and 200 billion cubic meters of water.

The river is an important element for navigation, hydropower, fisheries, agriculture and industry. The Iron Gates are the largest hydroelectric power station built on the Danube and have an installed capacity of 1,080 MW. On the course of the river there are also the Iron Gates II, with an installed capacity of 250 MW. Both hydroelectric plants were built in cooperation with the Serbian authorities and are among the most successful experiments of this type.

The Danube Gorge, the longest in Europe, stretching for 134 km, is a major tourist destination. After going through a long journey, the Danube flows into the Black Sea, but not before passing through the three arms, Sulina, Chilia and St. George. And after a journey with many adventures, flowing into the Black Sea, the river creates the famous Danube Delta.

The area, famous for its flora and fauna, unique in nature, has been ranked as a biosphere reserve at national level in Romania in 1991 and was included in the UNESCO heritage.