The Castle in Sâncrai – a new tourist attraction in Romania

The castle is located at a 30 kilometer distance from the city of Alba-Iulia, in a village called Sâncrai. After restoration, it has once again become the architectural gem that it was 200 years ago 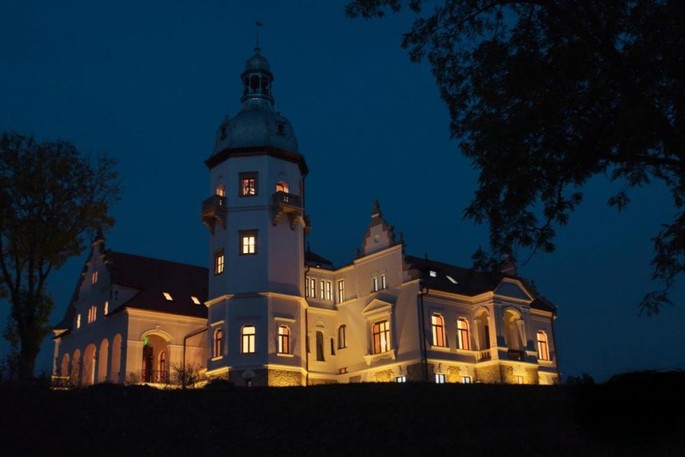 The Castle in Sâncrai was built in 1805 by the Kemeny family and spreads over 781.32 square meters. After being in the possession of the Kemeny family, it was owned by the Banffy family until it was nationalized in 1947.

The castle was originally built in the Renaissance style, but the later additions embellished the construction with Baroque and Neoclassical elements.

It is famous for the numerous and sumptuous parties and balls that used to be held here. Some of the villagers have heard from their elders about the way nobles used to come to the estate in horse carriages, to attend parties on holidays or parties meant to introduce some young lady to society.

Between the years 1947 and 2005, the castle was a social care center for children with disabilities. After 2005, the castle was abandoned, period in which it deteriorated severely. But from 2011 to 2014, it underwent a process of renovation and now it has once again regained its former glory.

Because the estate has a spacious courtyard and some afferent land, authorities believe that it would be the perfect place to organize all sorts of cultural activities, like festivals, contests, expositions and activities to promote cultural tourism. It has already been used for the organization of the local wine producer contest and of an event in the international theatre festival called “Stories”.

The restoration was overseen by patrimony experts, who made sure to valorize the elements that ensure the authenticity of the estate and that have survived the test of time. One such element is a parapet made of wrought iron that contains an exquisite, elaborate floral model, representative of the Art Nouveau style. There are also old objects that have been restored on the terrace of the tower, like, for instance, an iron table and a few iron chairs. The terrace can be used for the purpose of enjoying a cup of coffee while admiring the view from above.