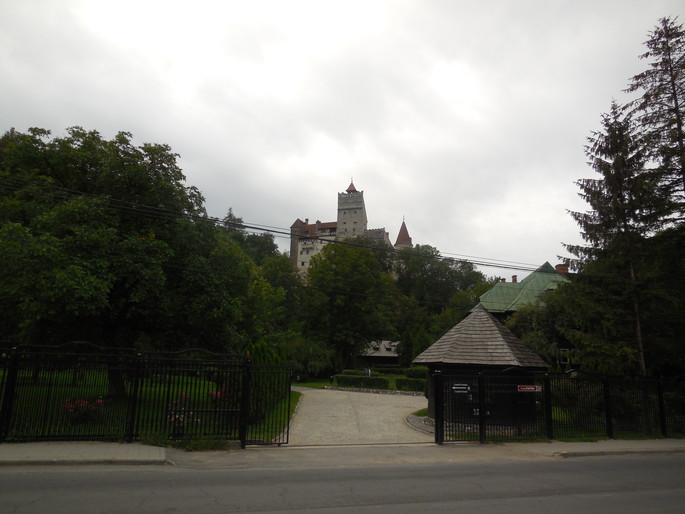 Any tourist who comes for the first time in Romania hears of Bran Castle. Located 30 kilometers from  Brasov city, this monument has a history that is more than interesting. The association between Bran and Dracula, Bram Stoker’s imagined British writer and identified by the author as Vald Tepes, makes Bran ​​a place where history and legend attract a lot of tourists.

Before the famous Irish writer made Bran castle famous through the character of Dracula, Bran castle has undergone several stages of history : ,,Since the 14th century, the Saxons from Brasov received permission from the king to build a << new city >> on the steep cliff which guards the valley, in the customs area. The first fortress had been erected probably by Teutonic Knights."[1] For a long time the castle was a checkpoint between Transylvania and the Romanian Country.

Over time, the castle was, based on the historical context, in possession of the princes of Transylvania but also of the ruler Mircea the Old, grandfather of Vlad Tepes . After the unification of Transylvania with Romania, the borders of the two countries disappered and in 1920 the citizens of Brasov give the castle to Queen Maria. It thus becomes a summer residence, the building being restored by the Romanian royal family.[2] During the Second World War Bran becomes a military hospital and in the communist era it is transformed into a museum.[3]

Although history of the castle is complex, the legend that now attracts waves of tourists is related to Dracula. History says that Vlad Tepes never lived in Bran , only as a prisoner.[4] The association made ​​by Bram Stoker of his imaginary character with is based on the harsh punishments which Vlad Tepes applied to his enemies.

Because this figure became almost a myth of Romania, Bran Castle is one of the most attractive museums in Transylvania, and Dracula a symbol of Romanian, especially for foreign tourists.

Peles Castle, one of the most spectacular monuments in Europe
Read the latest Places of interest