Elder Flower Juice is one of the most appreciated Romanian traditional drinks. It is produces only of natural ingredients that’s why its taste is so wonderful 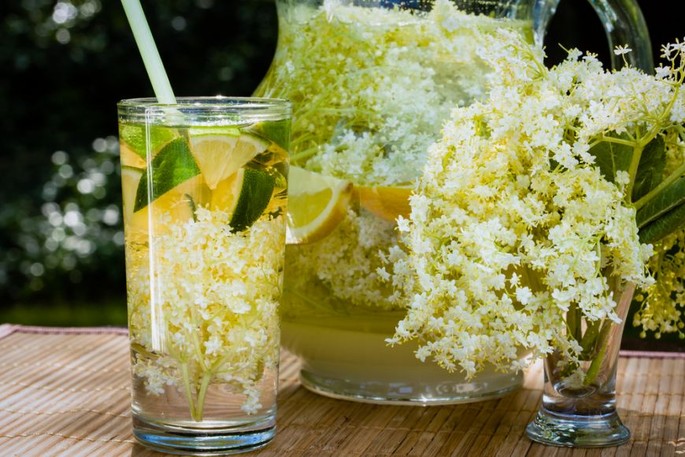 During the hot summer days, the elder flower juice, that is a juice made of elder flowers and lemon, is the ideal refreshing drink. This juice has a unique flavour and is one of the Romanian traditional drinks. It can be produced by any housewife in an easy and simple way, because she only needs a few natural ingredients and no conservation. Moreover, the tourists reaching Romania are encouraged to enjoy this drink which tastes simply marvellous. The Romanians prepare this refreshing drink especially in May and June, when the beautifully perfumed elder flowers can be gathered. The juice can also be prepared in other seasons, by using dried elder flowers kept in paper bags in chilly places.

Because of its unique flavour, this Romanian traditional drink also inspired the American giant Coca-Cola, which launched a juice of elder flowers, Fanta Shokata. The elder flower juice is not only tasty, but also has miraculous effects on the human organism. How do we prepare the elder flower juice?

Preparation: Wash the elder flowers and put them on the bottom of a ten litre jar. Add sugar, lemon squash and the rest of lemon shells cut in slices. Add water, so that it covers all the ingredients and leave it so until next day. The next day fill the jar with water, mix, add the yeast and leave the jar two or three more days in a warm place, covered by gauze. Don’t forget to stir the composition in the morning and in the evening, but also to taste it, in order to know when the juice is finished.

When the juice has the wanted acidity, it should be put in bottles and kept in the refrigerator.

This Romanian traditional drink is marvellous if you drink it cold.