Filippo Scolari, the rise from a Florentine warlord to a Count of Temesvár

Filippo Scolari has distinguished himself for his military and diplomatic talent, at the Hungarian king, Sigismund of Luxembourg 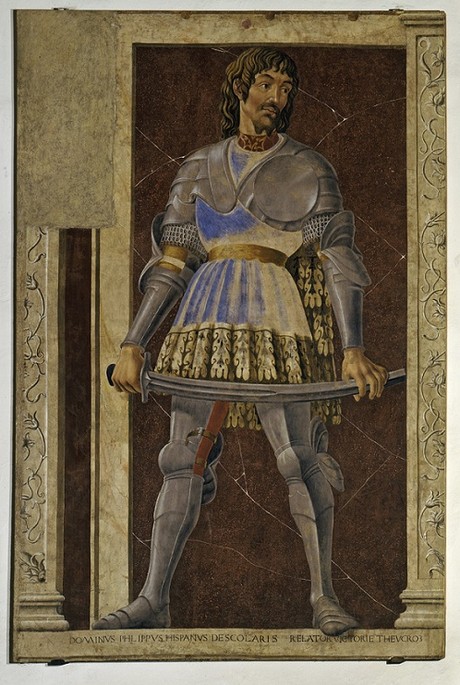 On the border between the 14th and 15th centuries, when Italy saw the dawn of the Renaissance, for the inhabitants of Banat the Ottoman invasion danger had become increasingly visible.

At that time, the western part of Romania, part of the Hungarian kingdom, has had several exceptional military commanders, with special diplomatic and cultural inclinations. Among them, stands out Filippo Scolari (also known as Pippo Spano), born in 1369 near Florence, in a branch of the renowned family of Buondelmonti, whose members have played an important role in the fights between Guelfs and Ghibellines.

The young Pippo arrived in Budapest through a family friend and became a protégé of John Kanizsai, the Bishop of Esztergom, who appreciated his accounting skills. Also as a finance man, Filippo Scolari began his service for the Hungarian king Sigismund of Luxemburg, then becoming administrator of the kingdom’s gold and silver mines and ruler of ten counties. Meanwhile, the Florentine distinguished himself by his military and diplomatic talents.

Named around the year 1404 as the administrator of Timis, Cenad, Arad and Caras counties (practically the whole Banat region), Filippo Scolari led numerous campaigns against the Ottomans. He has renovated the Angevine Castle of Timisoara, the current Museum of Banat, found in a state of significant decline, the fortifications of the city and the city itself.

Moreover, the castle was his home until his death on 1426, and the contemporary chronicles say that it rivaled with the Visegrad residence of King Sigismund, benefiting from the skills and the creative imagination of the Italian craftsmen and artists brought to Timisoara. To prevent the Turkish expansion, Pippo Spano was seriously preoccupied in rebuilding the belt of fortresses on Danube, in southern Banat.

Last but not least, Scolari prepared beside him another famous army commander in Banat and in Europe, Iancu de Hunedoara, who learned the military art of the Italian leader.

Limanu Cave – a historical labyrinth, monument of nature covered by an aura of mystery, on the Mangalia Lake shore, in the South part of Romania

Transfăgărăşan - the most spectacular road in Romania

Bucharest, from The Middle Age to today: The Manuc's Inn

The Songs of Maria Tănase

Corbii de Piatră (The Stone Ravens) Monastery –a rupestrian ensemble full of history and mystery, a unique place in Romania

The Firijba village in Vâlcea County, one of the oldest villages in the country, attracts tourists for its picturesque, naturalness and ancestral load