An ancient ritual of renewal of the world known also as the Dead Passover, the Small Easter, the Easter of the ancient Gods (Blajini), Rocmanii, Romans, Rugmanii 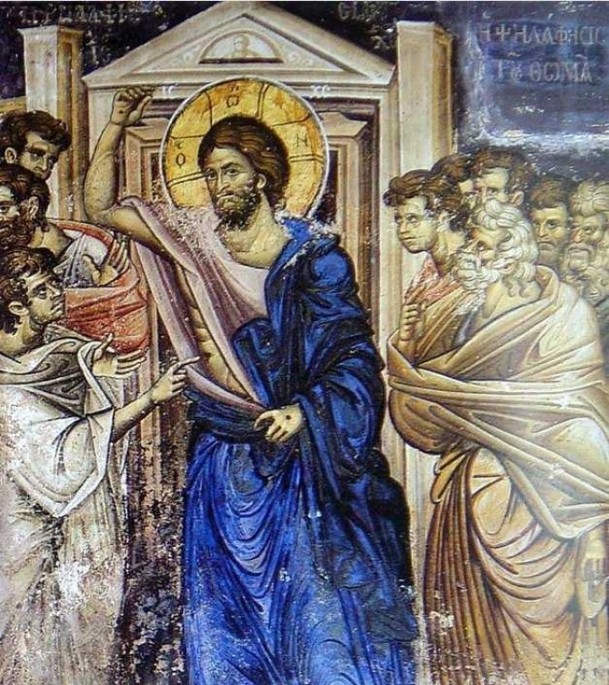 Most ethnologists argues that Easter is part of a huge ritual of renewal of the World, that begins with Palm Sunday and ends with Thomas Sunday . Commonly by this name is known the first Sunday after Easter, which also has several other names in different regions: the Dead Passover, the Small Easter, the Easter of the ancient Gods (Blajini), Rocmanii, Romans, Rugmanii.

As to the first name, the belief is that one of the apostles, namely Thomas, have doubt Jesus’ Resurrection from the dead. Jesus would have shown him this day, asking him to touch the prints of the nails on his hands, uttering these words: "Because you have seen me, you have believed; blessed are those who have not seen and yet have believed."

As for the other names, they refer to the souls of those who inhabit the underworld, and which "celebrate" the Resurrection this day, that is, one week after Easter. They have no communication bridges with people from our world than only on dates, times and days destined for this regard. Therefore, people do never throw red egg shells eaten on this holy day in the garbage, but throw them in the river so that the “Blajini” are thus informed that Easter arrived. Although they live in the "Kingdom of the Dead", these characters of the mythology of the Romanian tradition, should not be confused with the dead.

According to popular legend, the "Blajini" would be the direct descendants of Adam and Eve. They would not only be the first people on Earth, but would take part effectively in its Genesis. Moreover, according to popular belief, they would support the Earth with their shoulders even today.

In any case, most of the Romanian villages, this day is celebrated as the Day of the Dead (in other localities the celebration of the dead is on Pentecost, in the second day of Easter or even on Easter). Thomas Sunday is celebrated as the Holy Day of Easter. Are prepared special Easter dishes like cozonaci (Romanian panettone), they paint eggs in red and bring to the cemetery all these dishes, previously blessed in church, are given as charity to the poor, and in a not so distant past, there on the graves of deceased family members, was a veritable feast.

Here are some practical, some used only in the past, other preserved even today, that are celebrated on the Thomas Sunday: "The Sunday of Thomas were shared in the cemetery donuts (a type of bread), brandy, boiled corn; For the Day of the Dead on the Thomas Sunday, in the cemetery were given to children red eggs and “cozonac”. They used to bring flowers to the graves; for Little Easter were made the "Droşti" (the girls "were made sisters"), were offered in “colaci” (donut, a kind of fancy bread) and grappa in the cemetery; at Easter of the Dead were made the "Parastas", in the cemetery were given “colaci” and pots"( Academia Română, Sărbători și obiceiuri, II, București, Ed. Enciclopedică, 2002, p. 238).

he Sunday of Thomas is therefore one of the biggest celebrations with which concludes, among other things, also the Bright Week.