Alba Iulia, the city full of history, considered one of the most beautiful cities of Romania

Alba Iulia is one of the most charming cities of Romania. A place rich in history, a symbol of the unity of the Romanians, a must see for every tourist who arrives in Romania 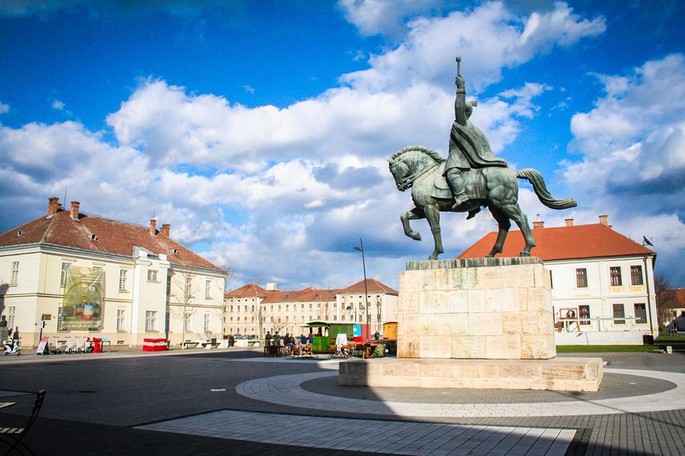 Scientists have not yet discovered how could we teleport ourselves in the past. However, tourists arriving in Alba Iulia realize that going back in time is possible. It's true, it is an imaginary journey. This is because the city symbol of unity of the Romanians is rich in tourist attractions reminiscent of the tumultuous history of this nation.

Alba Iulia is located in the west part of Romania, in the center of the Transylvanian plateau, on the river Mures. The city is the county town of Alba and is considered one of the most interesting places in Romania.

Alba Iulia is two steps away from the Dacian Apulum fortress which, in Roman times, has grown considerably. In the Middle Ages, the city was named in Slavonic Balgrad, that stands for the White Fortress.

The importance of the Great Union of Alba Iulia

One of the most important events took place in Alba Iulia on 1novembre in 1599, when Michael the Brave arrived into the city and realized the political unification of Transylvania with Wallachia.

Unfortunately, after the killing of Michael the Brave, Alba Iulia has been destroyed several times by rival armies, being restored over time.

But the greatest moment of glory of the city happens on December 1, 1918 when in Alba Iulia was celebrated for the first time the National Day of Romania, after the act of the Great Union was signed  in the White Fortress, namely the unification of Transylvania with Romania. Tourists arriving in Alba Iulia have no way to get bored because the place is of an unrivaled beauty.

The city is rich in cultural and tourist attractions. The most important goal is the White Fortress, which is the main historic area of ​​the city, where there are seven bastions. Inside the fortress can be visited the Roman-Catholic Church, a valuable monument of architecture, the cell of Horea, Closca and Crisan, the National Museum of Unity and other buildings witnesses to the history of the city, which are included in the tourist circuits .

Every year, in early May, the White Fortress Carolina is opened through the Roman Festival Apulum.