There is an underground space in our country, near Mangalia, where life does not depend on external factors, but exclusively on the factors being inside the cave 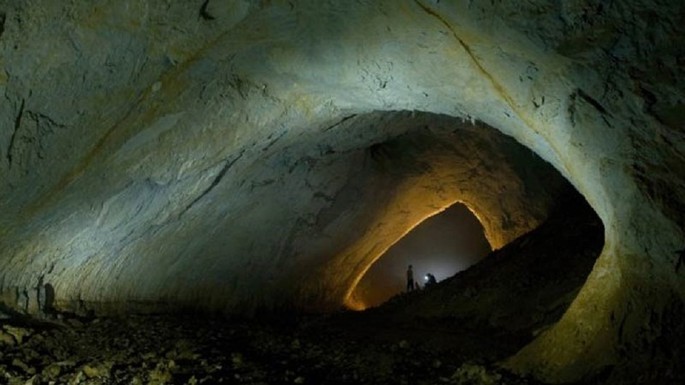 Movile Cave was discovered accidentally, 27 years ago, following some diggings made in order to establish the best place for building a heat-generating plant. It was to be the most important speleological discovery of the last century, as we can find in here the sole eco-system worldwide that is located in a completely closed space, independent of the surface life.

Many researchers remained astonished in front of such a discovery, including the NASA people, who concluded that the eco-system that is older than 200 million years in the Movile Cave would survive even if the Earth would be subject to a large size nuclear attack.

And that only because the eco-system does not depend on the external environment (where life is based on the carbon compounds), but life in the case depends on the sulfur atom compounds! Here is the sole ecosystem in the world, of which life is based on chemosynthesis.

Larry Lemke from the NASA Research Center said that the living conditions from Movile Cave resembled to those that would have once been found on Mars (when the planet was warmer). The total lack of light makes impossible the photosynthesis, so that the micro-organisms from here adapted and procure their food by using chemical energy resulted from the oxidizing of the sulfured hydrogen.

Thus, it was made up a layer of microorganisms, from which the other animals living in the cave fed. Following a detailed study, there were discovered many small  living species, very rare on Terra (spiders, myriads, sweet water scorpions, isopods, worms, leeches) and other 35 species that are not known by the scientific world. Among the creatures discovered in the cave, there was also a 10 cm myriad, of whose bite is poisonous.

All living animals from the caves are depigmented and don’t have eyes, but they gave long tentacles with which they perceive the environment and other characteristics necessary for adaption specific to the cave living environment.

The Movile Cave discovery amazed the scientists and inspired the fil directors and scenarists, so that they produced also a movie, The Cave, in 2005, directed by Bruce Hunt. The scientific potential of the cave is not exhausted, new researched and discoveries are awaited in a space that seems to be part of another world.