A twisted and hot dough, the Hungarian cake has become ubiquitous in recent years ... 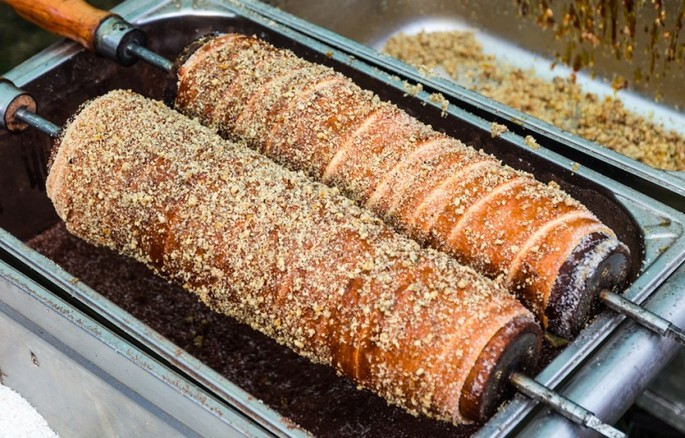 Transylvania - the region known for its culinary art, for its beautiful landscapes, especially for the legends of Dracula, not just these things. But the characteristics of the region are not limited to these aspects. Here live many ethnic communities that have contributed, each in its own way, to the uniqueness of the area. The territory known as Székely Land, the place where the Hungarian Székelys live, has a kitchen not only interesting, but also famous.

Kürtőskalács is a traditional product typical of the south-eastern Transylvania. After the fall of communism regime, the Kürtőskalács experienced a true expansion throughout Romania, and today, is not missing at festivals, fairs and celebrations. Moreover, many Transylvanian chefs who know the secret of this culinary tradition opened their own businesses. When only the significance of his name makes you curious, how could you not queuing to buy it? In Hungarian, kürtős means chimney and kalács refers to intertwined dough. 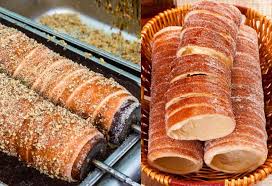 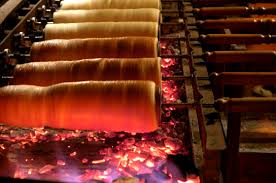 To prepare Kürtőskalács, the ingredients are few: flour, sugar, yeast and walnut. Although there are also recipes that give the impression that the cake can be prepared at home, for Kürtőskalács you need a special cylindrical form, because the dough is spread very well, and cut into strips and roller on the cylinder. Therefore, if you are not part of a family that treasure the tradition of Kürtőskalács, do not think to make this dessert at home.

Whoever arrives in Romania and visits towns in Transylvania, and goes to an outdoor concert, festival or fair, cannot miss the smell of caramelized sugar with which it makes the crust of Kürtőskalács. In recent years, authorities in Transylvania promote more intense this traditional product, and this year, for St. George, was held the first Kürtőskalács Competition. The event was held on May 9, on the occasion of Europe Day and was attended by fifteen teams of chefs.