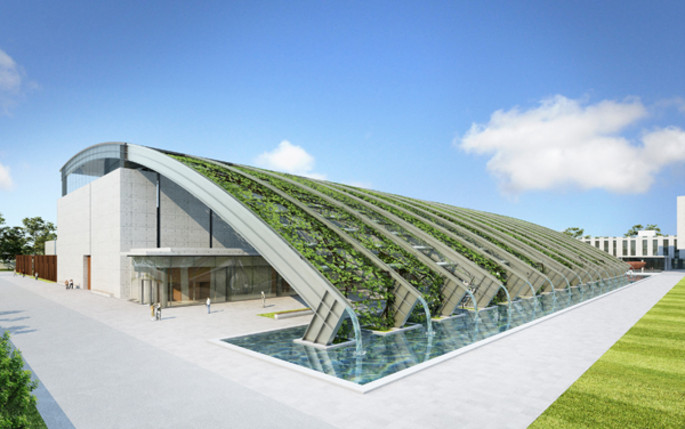 Măgurele is a small town near Bucharest with a population of about 11 000 inhabitants. Nothing seems to happen here and the wide world should not normally take an interest in such a settlement. However, in a not very distant future Măgurele may become the reference point of world science and technology. The project initiated here within the Institute of Nuclear Physics entitled Extreme-Light Infrastructure - Nuclear Physics (ELI-NP) has a feature which is unique in the world: it entails the construction of the largest laser in the world, one which should be about 10 times more powerful than those currently in use.

Announced as functional sometime in 2019 the laser would consist of two strong arms, of 10 petawats each (this means approximately 10% of the power of the sun) and a generator of gamma radiation with excellent performance characteristics. The design is unique in the world since up to now lasers usually had a single arm and a capacity of no more than 1 petawat. Thus, the system is revolutionary as is its mission: to find solutions and answers to a series of problems for which there is currently no available fix. For example, one of the expectations is that the laser would enable new ways of treating cancer, especially in circumstances where one cannot intervene through surgery. Other applications would be the laser’s capacity of simulating of cosmic radiation, thus enabling tests with regard to the materials used in the aerospace industry. Moreover, the laser is expected to help determine with increased precision how elements are distributed in the universe. Also, it could be used in a particle acceleration experiment which, if successful, may replace the technology currently used at CERN, especially since it would entail fewer costs. Finally the laser is believed to be able to also help in the area of nuclear material sensitivity, enabling the treatment of radioactive waste and the detection of nuclear material in a much easier manner.

In other words, the sky would the limit when the system is ready in terms of scientific benefits. In total there are no less than 200 experiments envisioned for the laser, each of which can overturn traditional paradigms from their afferent fields. Automatically, any discovery of this sort may become the trigger for a subsequent technology capable to revolutionize a particular industry. Thus, investors around the world will keep their eyes open and try to capture the birth of such a technology so that they can then turn it into a business aimed at bringing the respective discovery in the houses or as close to the households of as many people as possible.

Top Ways Of Having Fun While In Germany

Searching for Casual Fun With Some New Ladies? These Tips Can Help

DroneX Pro - a drone made in Romania