The historic importance of the Romanian National Day 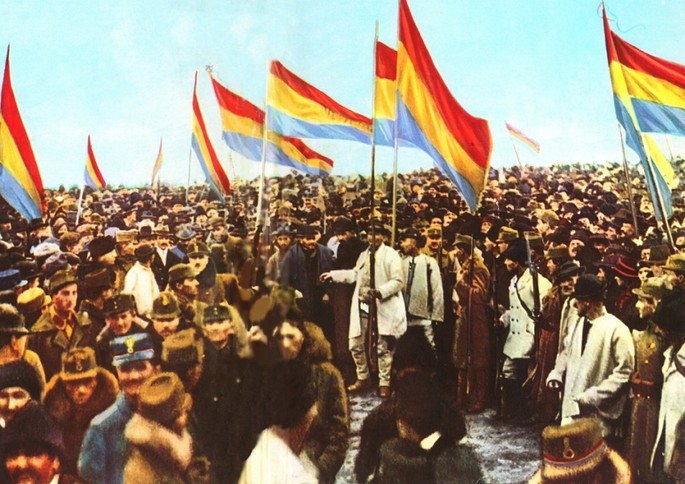 The 1st of December is celebrated with pride and joy by every Romanian, either at home or abroad. This day brings us all together, wherever we are, to celebrate Romania’s becoming an independent state.

No matter if times are hard or prosperous; Romanians always take time out of their lives to celebrate this momentous day that still resounds in their hearts.

It was the year 1918 when talk began of the nations that formed Austro-Hungary becoming independent. Between the 26th and 28th of March, a Congress of the nationalities in the Austro-Hungarian monarchy held in Rome voted for the right of every nation to proclaim itself a national independent state or to unite with it if an independent state already exists. On March 27th Basarabia decides to unite with Romania. Next, the National Council of Romanian Unity was formed on August 24th.

At the end of the First World War, the Austro-Hungarian Empire collapsed, and all the nationalities that were part of it, among which the Romanian nationality, declared themselves independent. On October 12th, the Romanian National Party of Transylvania adopted the Declaration of self-determination. The National Council, founded on November 3rd took control of Transylvania. Similar events took place in Bucovina.

The National Council organized a general assembly on December 1st, in the city of Alba-Iulia so that 600 deputies could be elected. The elections went on for 12 days in an atmosphere of merriment and excitement, as the voters requested the union with Romania, the agrarian reform and the universal vote.

The deputies went inside the Casino in Alba-Iulia to debate these requests while 100.000 people waited outside for their decision. All the social categories, all the historic regions and both churches were amply represented on that day.

And the decision finally arrived: the deputies unanimously voted for the union of Transylvania, Banat, Crisana and Maramures with Romania.

The 1st of December became the official national day in Romania in 1990 and has been celebrated with much pomposity every year since then.