„...the eggfruit salad is the almost daily starter of an almost nonexistent Romanian season: summer-autumn...” 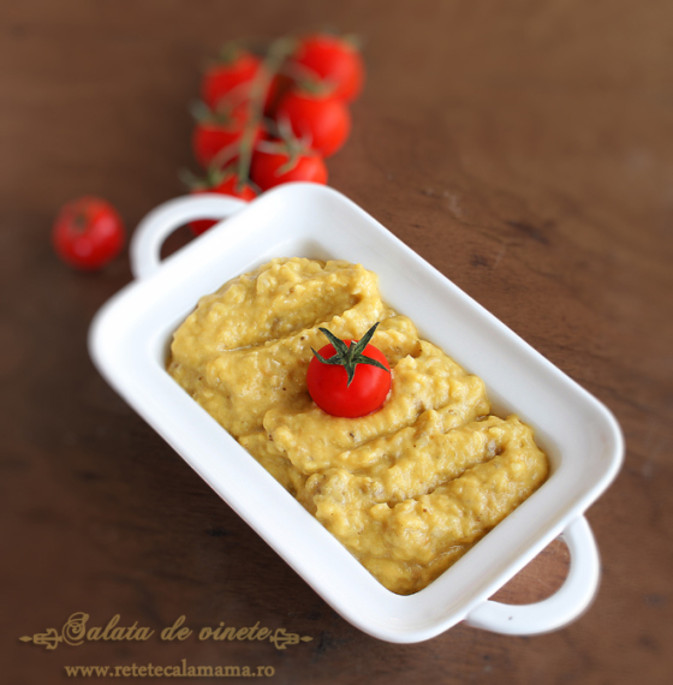 Along with bread, filled sweet pepper, cheese pancake and eggplant appetizer, the eggplant salad is perceived by foreigners as a Romanian typical dish. [1]

How do we prepare eggfruit salad?

Very simple... Or very complicated... According to how much you like spending time in the kitchen...

• The eggfruits should be grilled on an open fire, on all sides, until they become soft• The burned peel must be immediately removed, than salt the eggfruits and leave them let out their juice on an inclined surface, at least 1 hour • Chop the onion in small pieces, rinse it quickly in cold water (so that it won’t be bitter). Let out the entire liquid • Mix the onion with the vinegar • Chop the eggfruits transforming them into a paste, then incorporate little by little the oil, until the paste becomes hart and foamy • Add the sauce of onion and vinegar (and more pepper, if necessary) • Adorn with slices of tomato.

Another variant of preparing eggfruit salad: