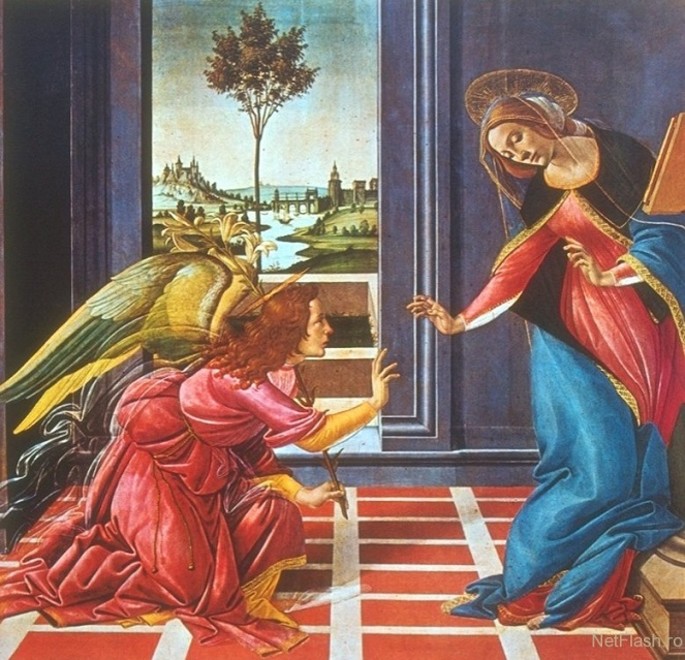 The Annunciation of our Lord to the Blessed Virgin Mary

In orthodox calendar, March 25th is the Feast of Annunciation, which is announcing the birth of baby Jesus. It is a point of reference for the world’s transformation by the birth of Jesus.

”When the time for mankind redemption came and was close, which would be the embodiment of God, the need was that an untouched holy Virgin be found, who would be worthy to give birth to the bodiless God and to serve the Sacrament of our redemption … For whose birth by Her, even before the annunciation of the Archangel with the secret shared to her. And God sent Archangel Gabriel to the heavenly spirits, who stay closer to His throne, bearing the extraordinary secret of the Son of God that overwhelms the human nature and the entire mind.”[1]

On the same day, folk tradition celebrates the complete beginning of warm season and is named Lady Day. The animal character most important of this celebration is the…cuckoo bird. As the legend says, the cuckoo’s wife deceived him; he asked her to call for him during the time between Lady Day and Midsummer Feast (thus, that is why the cuckoo bird sings only then).

Just that being upset and disappointed, he would have fled to Heaven and his wife would have kept looking for him relentlessly with her song, each year. “The beginning of passage to summer is announced by Cuckoo Day, the day when all birds are allowed to sing, but especially the cuckoo bird, which was a hawk during the winter and turned again into a cuckoo bird for Lady Day.” [2]

The oracle-like attributes of that bird, which occupies a border status (frequently going from one world to another, from one state to the other), are carefully employed: the cuckoo’s first song provides information on the length of the listener’s life, on the favorable or unfavorable character of the year to come, etc. The cuckoo bird is also present in ancient agrarian rituals, in the ceremonies of ancestors, in numerous legends, as well as in love-related poetry.

The cuckoo bird also participates in the magical practice of predicting weather, crops, and rich fruitfulness. On Lady Day, various magical actions of purifying the space, of casting away snakes living near houses, insects and caterpillars from orchards are performed by spreading incense smoke and making noises that would scare the evil forces (small bells tied on legs, hitting iron tools, etc.)

The Annunciation of our Lord to the Blessed Virgin Mary